Thank you, China! In a move that breaks with a tradition reportedly going back 600 years—when dogs barked, giving away the army’s position—officials have canceled an annual Chinese festival in which 5,000 to 10,000 dogs are killed and eaten on the streets of Jinhua City. The cancellation follows protests by thousands of animal rights advocates. This is a wonderful move by the Chinese government, and we hope to see many more compassionate decisions like this in the years ahead. 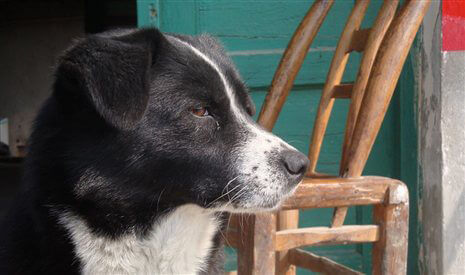 One protester described what he had seen at previous festivals: “I’ve seen the dogs being stabbed, strangled and even beaten into comas and thrown into boiling water. Some dogs woke up in the extremely hot water and they struggled, but the vendors kept pushing them, plucking their fur.”

If this sounds horrifying, bear in mind that animals by the billions meet similar fates in American slaughterhouses every year. Improperly stunned cows, turkeys, pigs, and chickens have their throats cut while they are still conscious. The beating and intentional abuse of animals by farm workers is rampant. And pigs, chickens, and turkeys are often still alive when they are dunked into tanks of scalding-hot water to remove their hair and feathers.