Update: The latest victim at the Cherokee Bear Zoo is a bear cub who is being used as a photo prop. The cub paces from one side of her cramped cage to the other, growling and crying. She angrily stomps her hind legs and urinates on herself—all signs of great stress, according to a bear expert.

We’ve sent an urgent complaint to the U.S. Department of Agriculture asking the agency to investigate immediately. 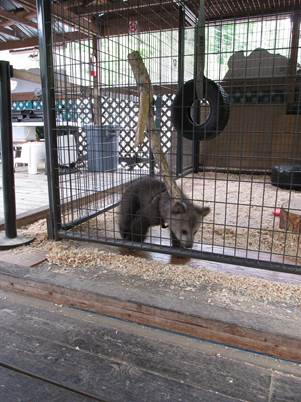 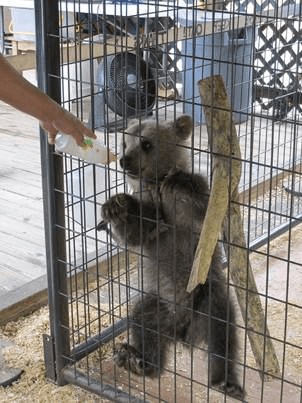 Other apparent animal neglect witnessed and documented at the roadside zoo includes an iguana suffering from a fungal infection, bears with a dirty pool as their only apparent water source, and bears forced to live on wet concrete, which can result in painful foot ailments.

PETA has learned that, following our October 2013 complaint, the U.S. Occupational Safety and Health Administration has cited and fined the notorious Cherokee Bear Zoo for multiple violations of federal laws protecting workers, including allowing workers to come into direct contact with bears during feeding and cage cleaning. Video footage and photographs taken last year and supplied to OSHA by PETA show zoo attendants standing inside concrete pits, each containing multiple bears, with no barriers of any kind to protect them. This is an especially dangerous situation considering that the extreme stress and deprivation that these bears experience can increase their aggression—making them ticking time bombs. 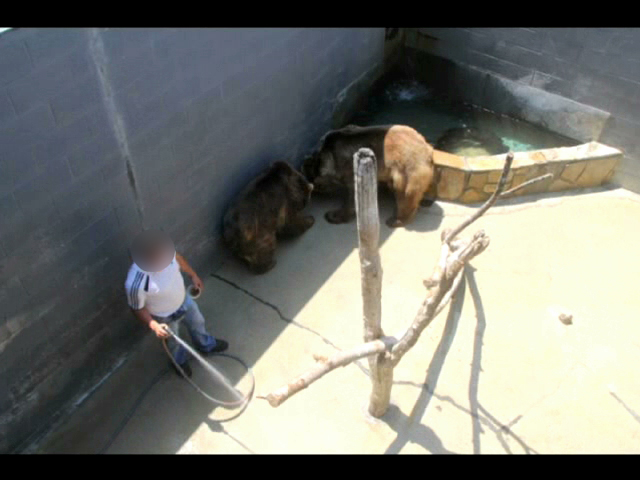 Bears at this North Carolina roadside zoo are imprisoned in concrete pits so deep that they can’t see over the walls to the trees beyond. The pits are virtually barren except for some tree branches and apparently dirty pools that serve as both their drinking water and bathtubs. Such deprivation causes bears to become anxious and frustrated, and most develop neurotic behavior, such as pacing constantly or bobbing their heads.