It’s hot outside—really hot. So hot, in fact, that simply being outside can be deadly to dogs—as it proved to be for a chained pit bull in Spartanburg, South Carolina, earlier this week. An animal control officer who responded to the call found the dog panting heavily and unable to walk—she could only drag herself by her front paws. The officer tried to give her immediate relief by spraying her with water and giving her a drink, but it was too late: The dog died later that day. “It was horrible the way [she] suffered,” said the officer. The dog’s owner has been charged with cruelty to animals.

Chained dogs already lead a miserable life of solitary confinement and neglect—and being out in the hot weather only adds to their suffering as well as being potentially deadly. Every single day, PETA fieldworkers encounter chained or penned dogs who have inadequate shelter—or none at all—to protect them from the scorching sun. Here are a few of them: 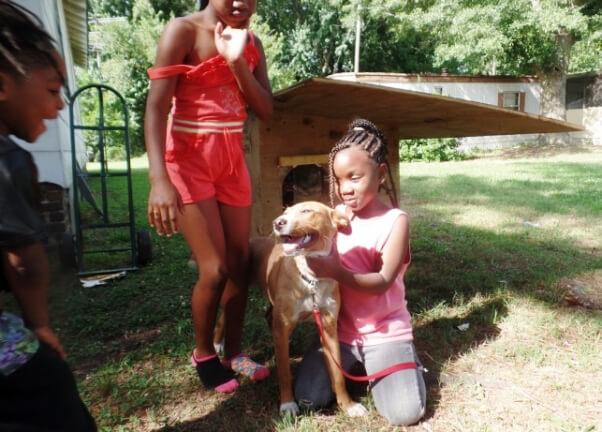 PETA fieldworkers provided My’Joi with one of our custom-made doghouses, which include wide overhangs for shade. We also transported her to and from her spay appointment at one of our low- to no-cost clinics for free. 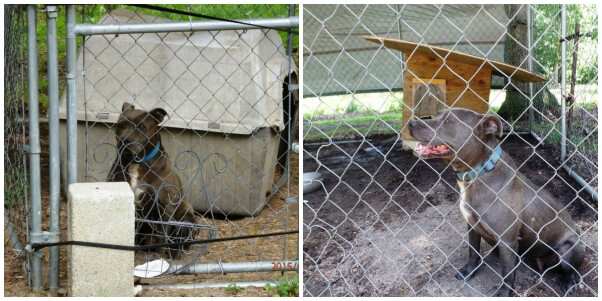 Jazz also received a custom-made PETA doghouse to replace his woefully inadequate plastic carrier. Our fieldworkers spent nearly an hour raking waste and debris out of his pen. They also erected a tarp, as they have done for many other penned dogs, to ensure that he would have access to shade throughout the day as the sun shifts. 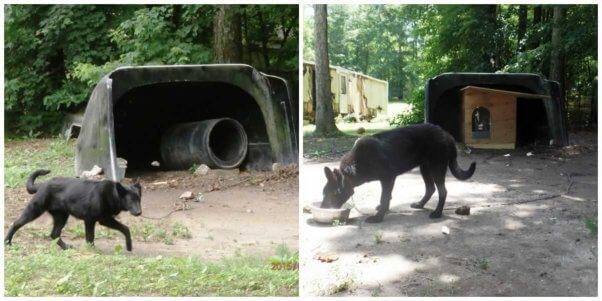 PETA fieldworkers stumbled across Bear while they were out on another call. We’re not even sure what the contraption was that he was using for shelter, but it provided him with little protection during terrifying thunderstorms, so we built him a proper doghouse.

Keep an eye out for “backyard dogs” and check to make sure that they have proper shelter and access to fresh, clean water—a vital necessity at all times but especially in hot weather, when they are constantly panting in an effort to cool themselves. Chained dogs often knock over their water bowls with their chains, so check on them often or try to find a way to prevent the bowl from tipping. If you suspect neglect or cruelty, contact authorities immediately. Don’t give up until you get results. Call PETA if you need assistance.