When a surprised Suffolk, Virginia, resident spotted a piglet trotting down a rural road alone, he caught the tiny pig and took him to an animal shelter. The piglet, later named Sherlock, had been castrated, and his tail had been docked, which indicated that he most likely fell off a truck bound for a farm where he would have been fattened for slaughter. Like his crime-solving British namesake, Sherlock’s adventure made headlines. 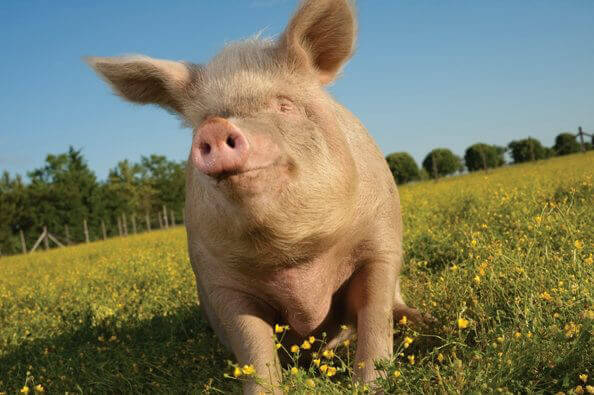 A PETA employee who read about Sherlock set out to find him a home, and faster than you can say, “221B Baker St.,” Sherlock was placed at a small farm sanctuary with other rescued pigs, chickens, and turkeys.

This precocious pig, once destined to wind up as a centerpiece, now spends his days cracking such cases as “Who is available to pet me right now?” and “Where is the sunniest spot to stretch out?”

And as for deducing that pigs are meant to be friends, not food? Elementary, my dear Watson.