Tennessee lawmakers passed the state’s proposed “ag-gag” bill, which would require video shot on factory farms in order to expose animal abuse to be turned over to law enforcement within 48 hours. The governor has 10 days to sign or veto the bill, and Tennessee resident Carrie Underwood is determined to stop the unconstitutional bill in its tracks. She expressed her outrage over Twitter: “Shame on TN lawmakers for passing the Ag Gag bill. If Gov. Bill Haslam signs this, he needs to expect me at his front door. Who’s with me?”

Advocates for animals and free speech can join Carrie by tweeting polite messages to @BillHaslam.

As always, scores of celebrities reached millions of Twitter users with animal-friendly messages this week:

The mercury is just now starting to rise, but Eva Mendes is already devising ways to make the fall fur-free. Disappointed that designers continue to use real fur, she is releasing her own animal-friendly evening-wear collection. Eva, who proved that she would rather go naked than wear fur, told Look magazine, “Within the fashion industry I can’t believe designers still use real fur in their designs when it’s so easy to make faux fur. It’s cheap and looks great.”

And speaking of rising mercury, feast your eyes on PETA India’s newest spokesperson, Vidyut Jammwal. You may not be familiar with this Bollywood star and his veggie-powered bod just yet, but you will soon want to be. As one PETA director put it, “Everyone deserves to be able to cast their eyes on him.” 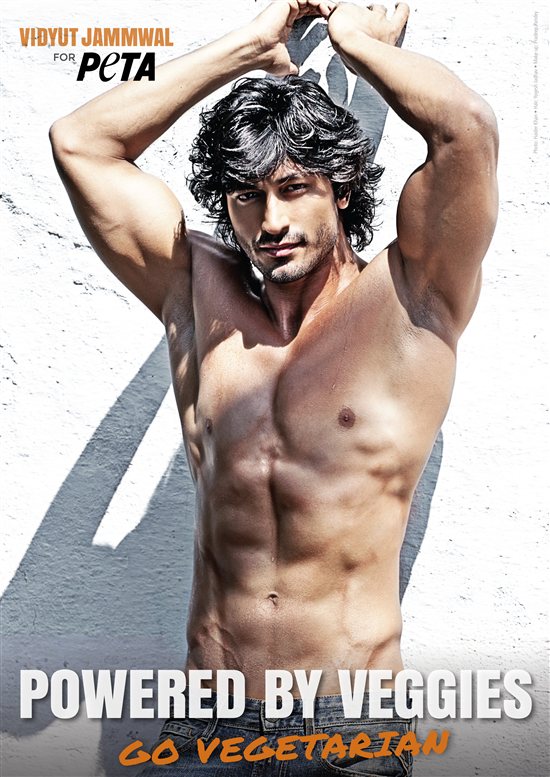 Had enough heat? If not, then check out our buds, fellow adoption advocates Mickey Rourke and Kellan Lutz, in their hot new thriller, Java Heat.