What better way to spend your birthday than being with the people you love, eating great food, and doing something good for animals! That’s exactly how Carey Hart celebrated—with wife Pink and a vegan meal at San Francisco eatery Prospect.

Beantown is a great place to be vegan, too, as Tobey Maguire confirmed while munching on nondairy sweets at vegan ice cream shop FoMu.

Vegetarian Colbie Caillat is getting bubbly over cruelty-free skincare. The singer is the new face of Lily.B, an all-natural product line.

And beauty Pamela Anderson networked for animals on Twitter this week (as she does every week) asking her followers to help end the cruelty of the Calgary Stampede. 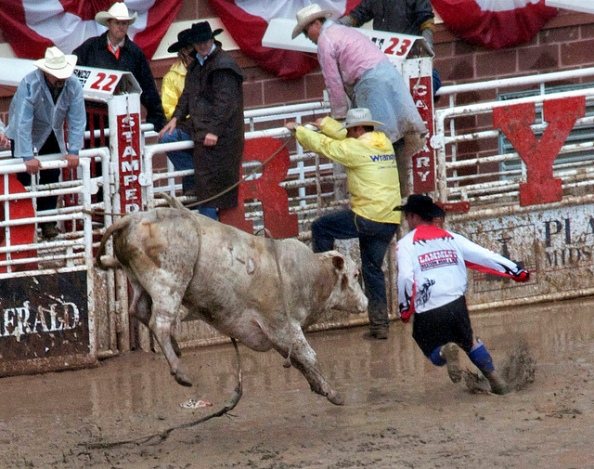 Bucking ropes are used to enrage animals in rodeos. The rope is tightly cinched around the animals’ abdomens, which causes them to buck vigorously to try to rid themselves of the torment.
Ashley Bayles|cc by 2.0

A host of other celebs joined Pam in staying atwitter for animals: 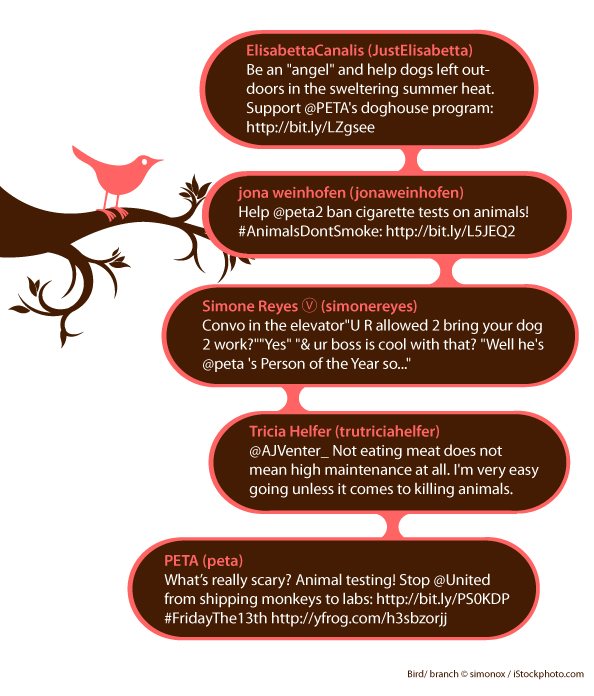 Mariah Carey is rumored to be considering joining American Idol and bringing the show a much-needed breath of fur-free air. Years ago, when one of Mariah’s fans, who clearly had more money than taste, sent her a pair of fur coats, she promptly donated the offending skins to PETA.

Fur is running out of places to hide, as Russell Simmons banned it from his news and lifestyle website, GlobalGrind.