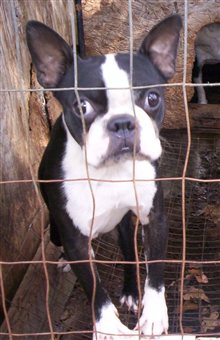 Lawmakers in California are taking a big step to protect animals from greedy breeders. Landmark two-part legislation bans the sale of animals in any public venue, which includes attempts by breeders to meet buyers they have contacted over the Internet in a neutral location.

The law will, we hope, hinder puppy-mill operators, who often don’t want potential buyers to see the cramped, crude, and filthy conditions in which the animals are kept. Undercover investigations of puppy mills have documented dogs with no protection from the heat or cold and no veterinary care while suffering from medical conditions such as crusty, oozing eyes; raging ear infections; mange; and abscessed feet from being forced to stand on wire cage floors. Investigators have also observed dogs who had gone “kennel crazy,” frantically turning in circles in their tiny cages.

The new law also increases the penalties for animal neglect so that they are on par with the penalties for cruelty. And some cities in California are going a step further, such as Glendale, where the City Council banned pet store sales of dogs and cats. Of course, we can all protect animals from abuse in the pet trade by always adopting instead of buying.