Today there was even more bull flying around than Washington, D.C., is used to seeing. In the midst of speculation that President Obama may attend the San Fermín bull run during his trip to Spain, two bulls voiced their dissent by charging at people surrounding the White House lawn.

Spotted in #DC: A bloodless #RunningOfTheBulls at the #WhiteHouse to urge @POTUS to stay away from the real one! pic.twitter.com/R5t5KDju1q

During the San Fermín “festival,” dozens of bulls are terrorized and hit as they slip and slide down the narrow streets of Pamplona in a display that ends with the torture and killing of the bulls in the city’s bullring.

In a typical bullfight, as many as eight men taunt, beat, and stab a single bull with daggers and harpoon-like banderillas until he becomes weak and exhausted from blood loss. The matador then stabs him with a sword, and an executioner cuts his spinal cord. Many bulls are paralyzed but still conscious as they are chained and dragged out of the arena. 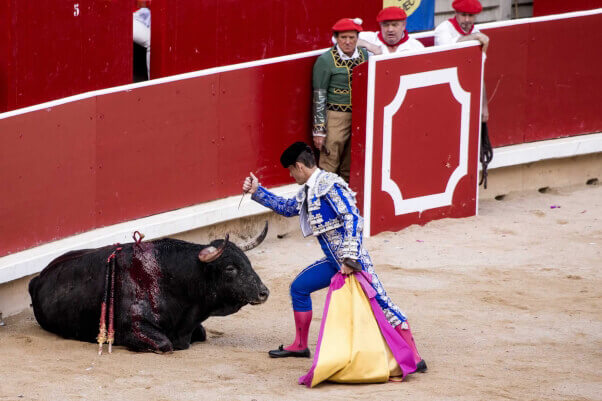 The vast majority of Spaniards disprove of bullfights, and most tourists regret attending the violent and bloody spectacles. It’s time for this abusive “tradition” to go the way of the gladiators. 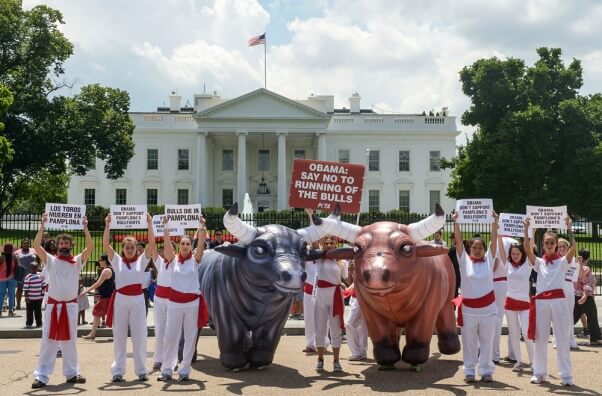