“Times have changed”—as Cole Porter informed us—“Since the Puritans got a shock/When they landed on Plymouth Rock.” So when PETA’s sexy pilgrims landed to rock Phoenix and Tampa for a pre-Thanksgiving Tofurky giveaway, only the most puritanical onlookers blushed at their hemlines. Instead, the focus was on scoring one of those tasty Tofurky roasts (the Phoenix crowd snapped up 40 of them in 10 minutes!) as well as on all the reasons to set a vegan table this holiday season.

To give you a taste of the action as these pilgrims progress to Las Vegas, Fort Myers, and other cities, here are some pictures from Phoenix and video footage from Tampa. 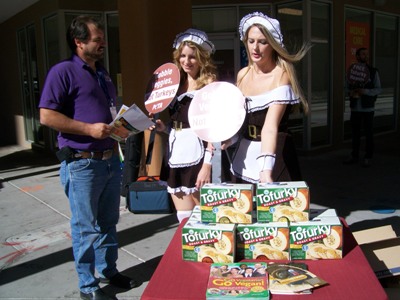 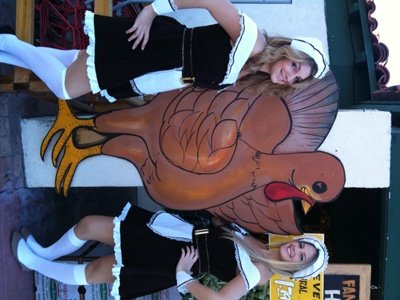