It seems like everyone is a big fan of Boston—and Boston is a big fan of PETA. Not only did Tom Scholz found the renowned rock band, he’s also one of the original members of PETA.

Tom is a longtime vegetarian, as was band member Brad Delp, and the band’s liner notes have frequently encouraged fans to go vegetarian, avoid animal products, report cruelty to animals, and support other animal rights issues. So it’s no surprise that as the band prepared to release its new album, Life, Love & Hope, Tom found himself making an acceptance speech for a PETA Compassionate Action Award. 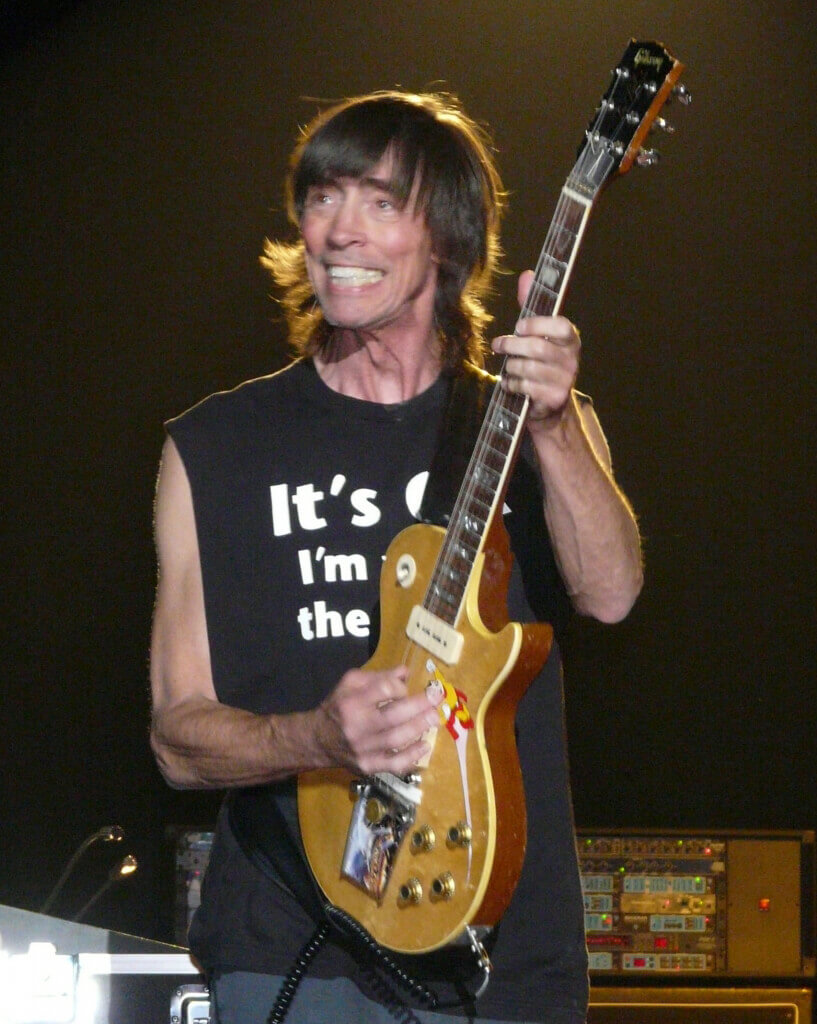 PETA President Ingrid E. Newkirk presented the award at Lesley University in Cambridge, Massachusetts, on a stop on her “Naked Truth” tour. After Ingrid’s impassioned speech, Tom encouraged everyone to be not just followers but also leaders of the animal rights movement. He certainly has been doing that for more than 30 years.

Here’s to a lifetime of working in harmony to end animal suffering.