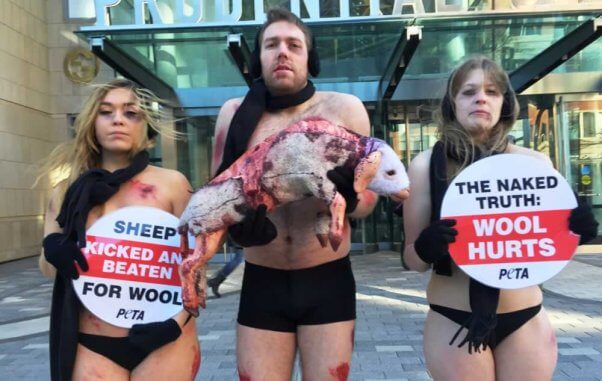 “Gentle sheep are beaten until they’re bloody and broken for the sake of wool sweaters and scarves,” says PETA Executive Vice President Tracy Reiman. “PETA is calling on holiday shoppers to give sheep some peace on Earth this year by keeping wool apparel off their lists.”

PETA recently released video footage showing workers on a massive sheep farm in Chile mutilating, killing, and skinning sheep—sometimes while the animals were still alive. PETA has released six exposés recorded at 39 facilities on three continents revealing that shearers are often paid by volume, not by the hour, which encourages fast, violent work that can lead to gaping wounds on sheep’s bodies. The wounds are then stitched closed—without giving the animals any painkillers.

This holiday season, please scratch wool off your shopping list and opt for vegan apparel and other animal-friendly items instead.