The 20th-anniversary edition of PETA President Ingrid E. Newkirk’s book Free the Animals has been released—get yours from the PETA Catalog—and the brilliant host of HBO’s Real Time (and PETA honorary board member) Bill Maher has given it a rave review on the Huffington Post.

Bill gives an overview of some of the amazing victories PETA has won for animals in the two decades since Free the Animals was first published—and some of the things that still haven’t changed enough—while touting it as “the riveting, real-life story of the people who put on disguises, use fake IDs or jimmy their way into laboratories in order to carry out the daring rescues of animals used in experiments and of the insiders, the whistleblowers, who risk their jobs to help them.”

If you don’t believe Bill, though, take it from Penny (the canine companion of peta2 Manager Ryan Huling), who is clearly spellbound by Free the Animals. 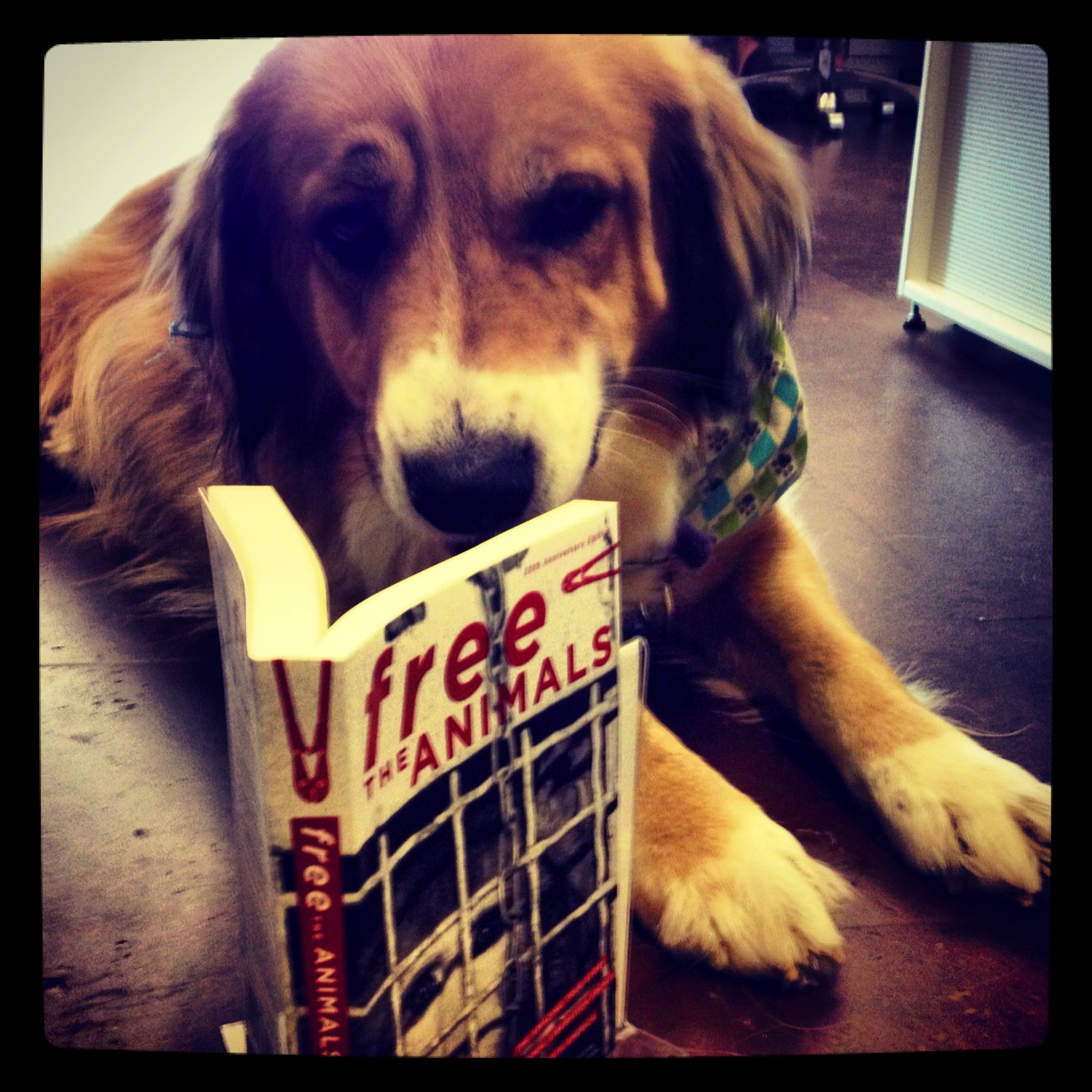