Kumbh Mela, considered to be the largest gathering of people on the planet, is a Hindu festival in India that takes place every three years, drawing about 30 million people.

And this year, as religious pilgrims—who honor the cow as sacred—flock to Nashik in Maharashtra, PETA India has erected a billboard that asks them to think about expanding their circle of compassion to include all other animals, especially chickens, who die in such high numbers for nonvegetarians’ plates: 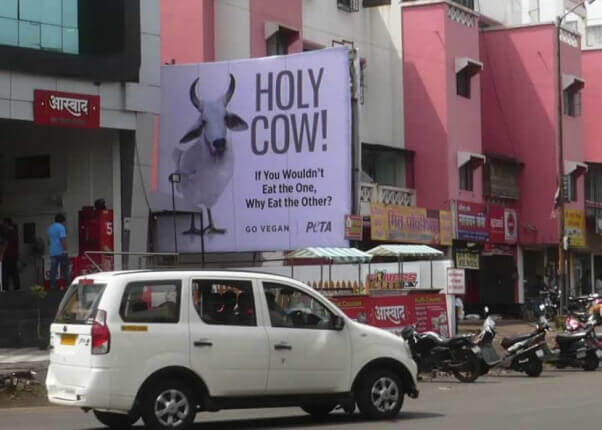 Numerous celebrities have attended Kumbh Mela in the past, including Paul McCartney, whose exposé of the meat industry, “Glass Walls,” will be promoted during the festival as well. Kumbh Mela offers millions of people a chance to purify their souls—and their bodies.