Bernard—PETA’s 7-foot-tall robotic bear, who tells the story of how he was once imprisoned in a roadside zoo—is traveling across the country to tell people why they should steer clear of hellholes like the Cherokee Bear Zoo.

Bernard is one of the good guys—an upstanding individual who wants to make life better for other bears who are still trapped in roadside zoos—but he didn’t get a chance to make his case when he arrived in Cherokee, North Carolina, recently. There was no welcome mat, just locals and police officers in a hurry to run him out of town. 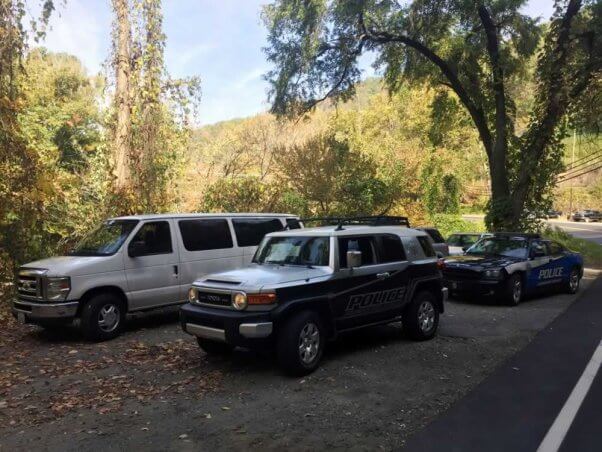 The benevolent bruin, who’s voiced by actor Casey Affleck (Gone Baby Gone), and his crew had just picked out a spot across the street from the roadside zoo—a tourist trap where bears are imprisoned in barren, concrete pits—when a man pulled up in an SUV, jumped out, and told them in no uncertain terms that they were on private property.

The police officers who boxed them in at a second spot down the road (more officers were waiting at the bear pits) threatened to arrest them and advised them against doing anything in Cherokee. One officer said that the Bureau of Indian Affairs had banned any activities by PETA on the reservation.

Two squad cars escorted them out of town, but when they tried to set up in front of an abandoned building in neighboring Whittier, they ran into another brick wall: A woman claimed that they were on her private property, more police arrived, and more arrests were threatened.

Afterward, the PETA staffer leading the protest heard from a local woman who had joined them that she was followed by an aggressive driver who tailed her, took photos of her car, and even whipped in front of her and slammed on the brakes, apparently in an attempt to cause a wreck.

More than 1,000 bears are being held in hundreds of seedy roadside zoos like Cherokee Bear Zoo. Crowded into concrete pits or cages no bigger than a dog kennel, they are suffering psychologically and physically, breaking their teeth on the metal bars of their cells and developing arthritis, pressure sores, and other debilitating conditions.

The bears, who are symbols of strength and wisdom for many Native Americans, are reduced to begging for food from tourists. 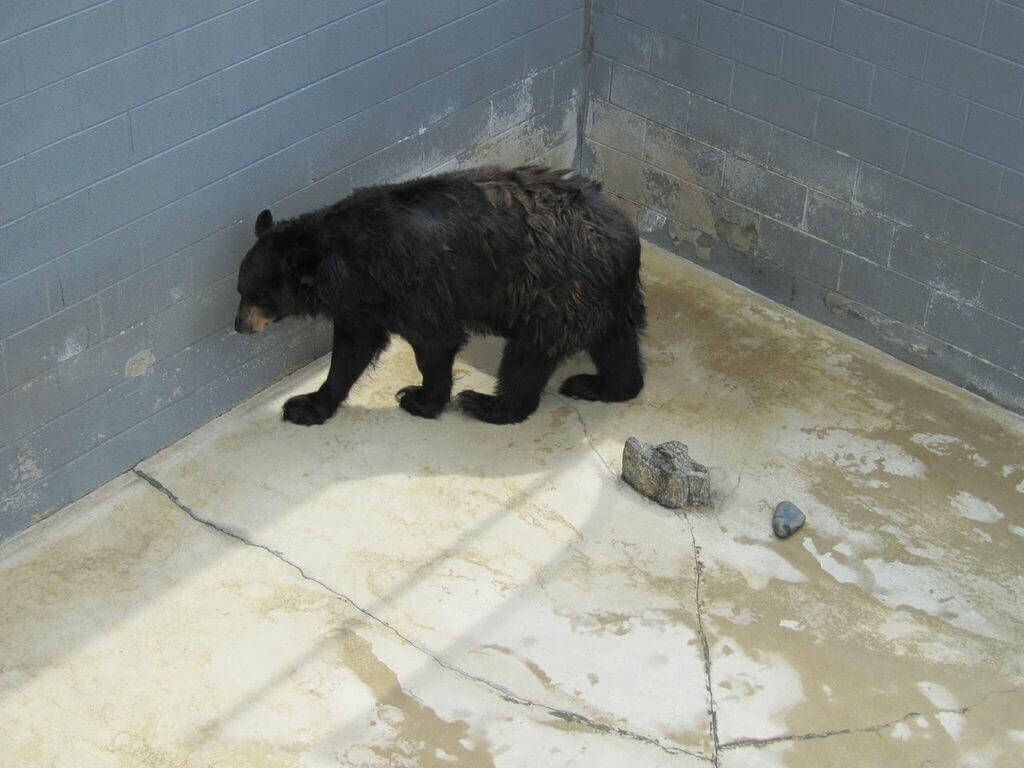 Urge the Cherokee Bear Zoo to close its cruel bear pits—and the next time you pass a roadside zoo or bear pit, keep driving.