It’s been a year since PETA rescued bears Ben and Bogey from a decrepit roadside zoo called Tregembo Animal Park in Wilmington, North Carolina, and moved them to the lush Wild Animal Sanctuary in Keenesburg, Colorado.

Ben once had untreated facial lesions that left him with scarring on both corneas and suffered from painful arthritis that prevented him from entering his pool. 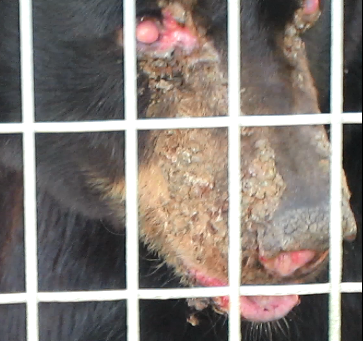 Bogey once paced incessantly, obsessively licked her paw, and bit at the bars of her cage—all signs of extreme psychological distress. 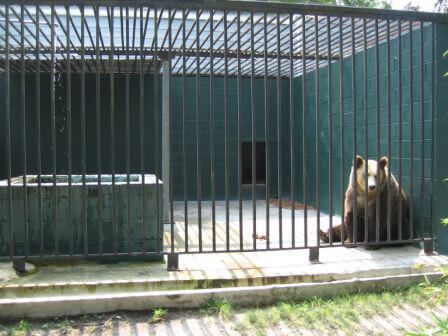 Now, Ben receives expert veterinary treatment and is able to splash and play in a pond and explore and forage in the grass. Bogey no longer shows signs of distress. Instead, she swims and even bobs for apples at her leisure.

Just before the bears went into hibernation for the winter—something they were likely never given the opportunity to do at Tregembo—PETA visited 15-year-old Ben and 16-year-old Bogey to see how they’re healing and learning to behave like bears in their beautiful sanctuary home. Just look at them now:

The bears’ rescue followed eight years of efforts by PETA and a lawsuit filed by two animal advocates in North Carolina who were represented by PETA Foundation lawyers and two local law firms. Tregembo agreed to settle the case by releasing the bears if the two women would drop the lawsuit. If the park tries to imprison any more bears in the future, the plaintiffs can take them back to court, meaning that it’s likely that no bears will suffer at this roadside hellhole ever again. 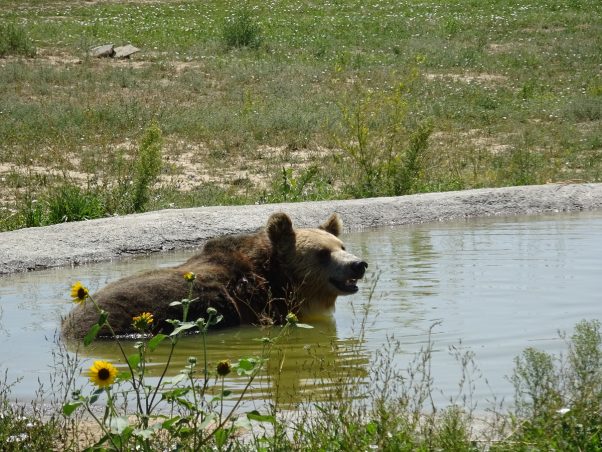 A glowing Brittany Peet, the PETA Foundation’s director of captive animal law enforcement, said, “These are just two of the 72 bears PETA has helped to rescue from dire situations in the past six years, and that number will keep growing until no bear is locked behind bars in a barren pen or concrete pit.”

And if you’re a PETA supporter, consider becoming an official card-carrying member in 2019 for just $16 to help make more rescues like these possible.