A routine trip by PETA volunteers to deliver straw bedding to “outdoor dogs” in Newport News, Virginia, uncovered a horrifying secret: a female pit bull lying dead in a backyard. Someone had removed her chain, which meant that the person knew that she was dead, but left her body in full view of the two surviving chained pit bulls. The dog’s hip bones jutted prominently through her skin, and every rib in her body was visible. 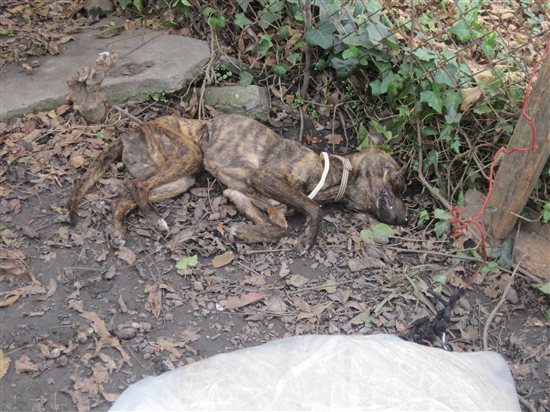 A PETA staffer took custody of the body, and when a veterinarian examined the remains, she determined that the dog had been starved to the point that she didn’t have even an ounce of fat left. Considering that the dog was only seven months old, she had likely been slowly starved for her entire life. Her owner’s other two young pit bulls could have starved to death as well, but PETA got custody of them, too. We collected all the evidence and then filed cruelty charges against the dogs’ owner. 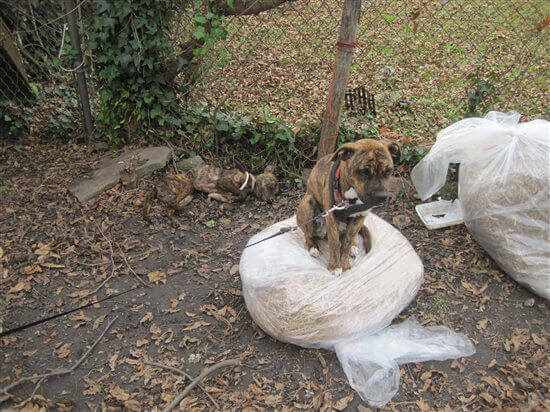 Our fieldworker and veterinarian testified against the owner in court, and the judge sentenced him to four months in jail, probation for two years, eight more months in jail if he violates probation, 100 hours of community service, and a $1,000 fine. Most importantly, the judge barred him from ever owning animals again, something that we always seek in cases like this.

Any time that you see a chained dog, please take a minute to make sure that he or she has food, water, and shelter, and alert authorities if you suspect abuse or neglect.