I’ve been following the continued exploits of the black bear who’s been showing up at all of Prince Charles’ appearances in the Caribbean lately, to help remind the Brits that the Queen’s Guard’s regiments should make their hats out of, well, something that’s not bears. Shenanigans have been unfolding on the trip with a good degree of regularity, and the reports from the bear and her companion, Melissa, make for excellent reading. Here’s an example from last week:

Today we drove 4 hours to Montego Bay where we’d arranged for a boat to take us as close as possible to The Prince’s yacht, The Leander. When we arrived security was familiarly tight so, we asked around and discovered C&C were having a party at the same resort, right near the beach where we’d board.

Here’s a photo near The Leander. 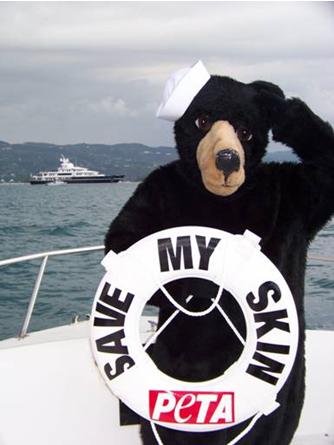 Then we headed back to the resort JUST in time for the party but we had to be subtle so, the bear laid down in the boat as we approached: 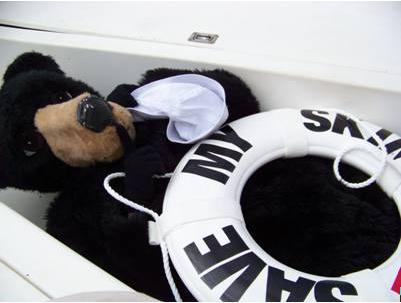 We disembarked just steps from the royals’ reception: 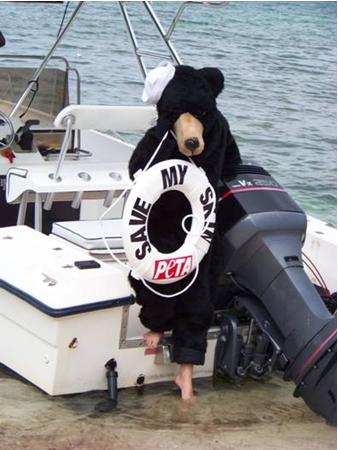 And were greeted by some of the children there to perform and greet the royals: 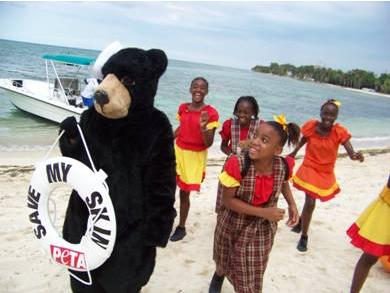 And then we just walked in… 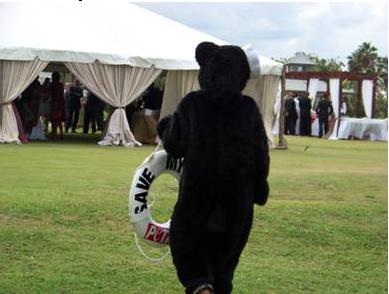 We mingled with a few guests. 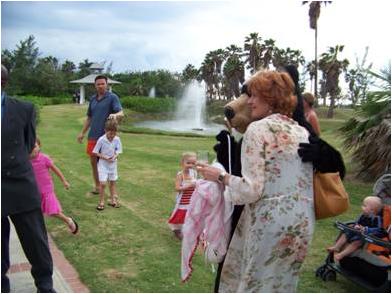 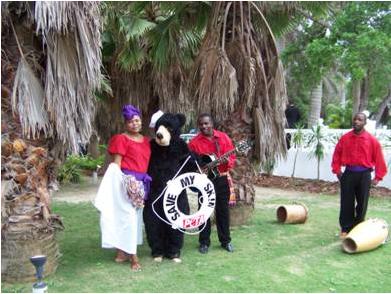 More of the children, of course. 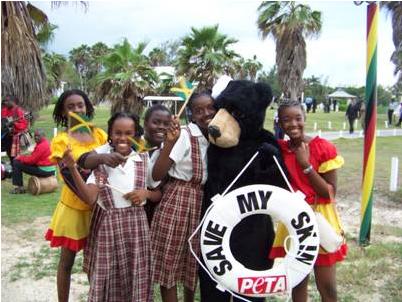 And even British members of the press who refused to take photos of us. So, we took photos of them. 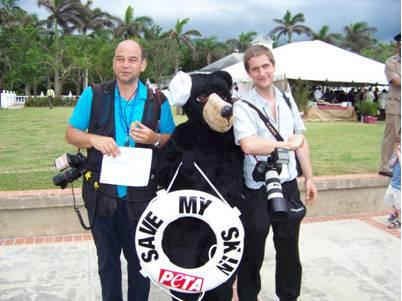 Then we were spotted by one of Charles’s chief security officers. We know him. He knows us. 🙂 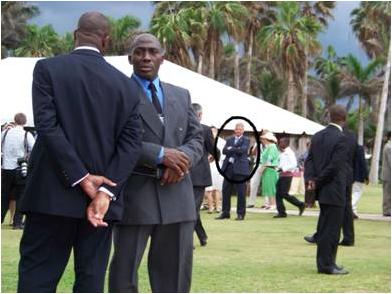 These people seem not to like bears seeing as they kill them and kick them out of parties. 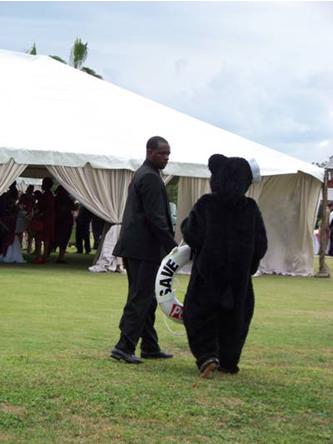 We were escorted off premises. 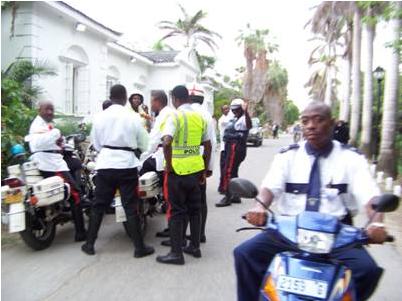 And we were interrogated for a long while. 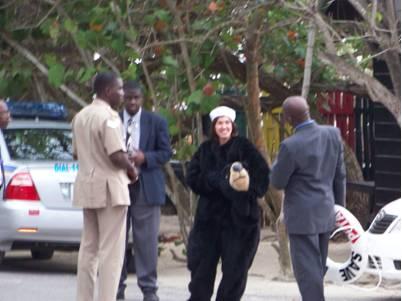 Because we’d reserved the boat ahead of time and paid the resort, threats of being charged with trespassing didn’t stick. Tomorrow we return to Kingston, home of Bob Marley. 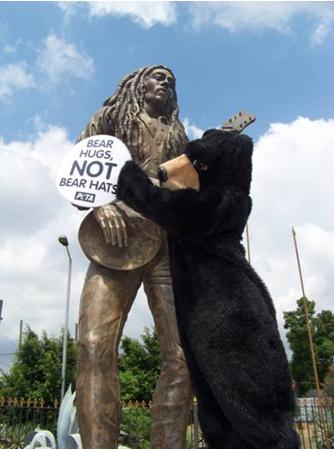