If PETA President Ingrid Newkirk could ask animal advocates to remember only a single thing, it might be “One can make a difference.” In fact, that’s the title of one of her books, a collection of inspiring personal accounts by Oliver Stone, Paul McCartney, Helen Thomas, Stella McCartney, and dozens of other extraordinary individuals. And as PETA’s latest award recipients know, one certainly can make a difference.

Over a fundraising brunch at Fathom Gallery in Washington, D.C., Ingrid honored five people who are changing the world for animals. 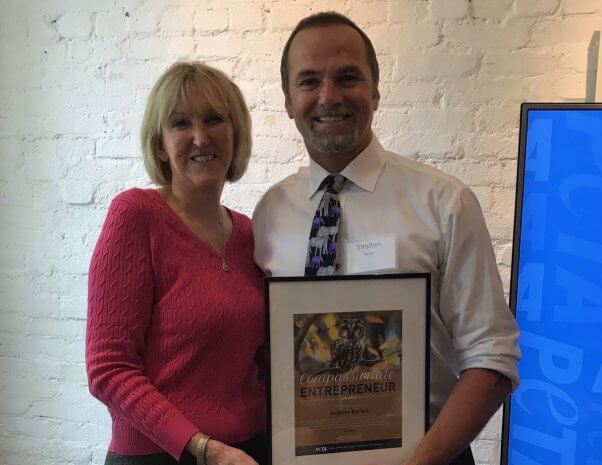 Stephen Bartell is an expert in eye care. But as important as it is to him to help the world see clearly, he thinks it’s just as important for everyone to see that testing on animals is clearly wrong. Disappointed that there were no cruelty-free eye-care companies, he created one. Clear Conscience, his aptly named line, is available in stores nationwide and proves that safe, effective eye-care products can be made without burning rabbits’ eyes in painful chemical tests.

Not only is Stephen a longtime member of PETA who comes to demonstrations, he also supports us through the PETA Business Friends program, donating products to help us raise funds—and donating some of his proceeds as well. For being an entrepreneur with a vision, Stephen earned PETA’s Compassionate Business Award. 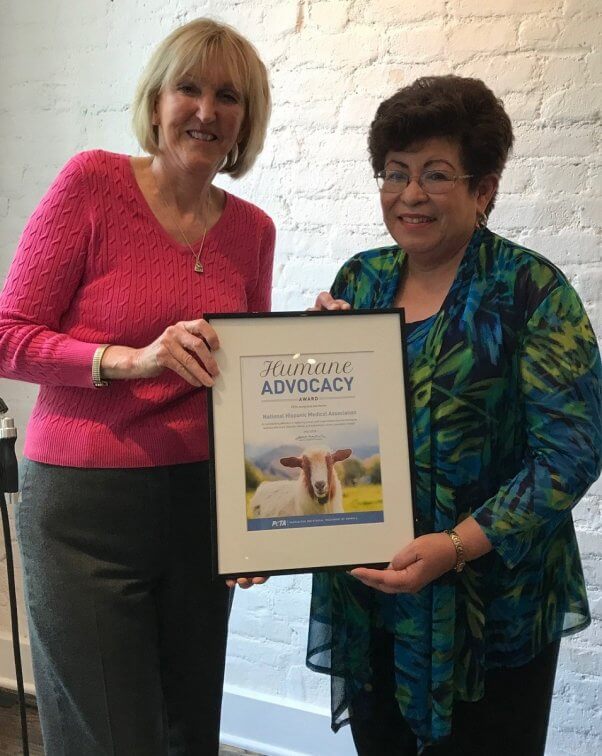 One of the best things about advocating for social change is that we don’t have to pick and choose who we help. PETA presented three awards to individuals who prove every day that social progress can and should break down barriers: Dr. Elena Rios, president and CEO of the National Hispanic Medical Association (NHMA); retired Army Col. Dr. Doris Browne, president of the National Medical Association (NMA); and attorney Martin Hamlette, executive director of the NMA.

One of our efforts is to modernize combat medic training and help save troops’ lives by ending the shooting, stabbing, dismembering, and killing of pigs, goats, and other animals in military trauma training drills. PETA—working with the NHMA, the NMA, and other organizations—has ended a large majority of this abhorrent practice in the U.S. Department of Defense, and the U.S. Coast Guard completely ended its use of animals in trauma training exercises. 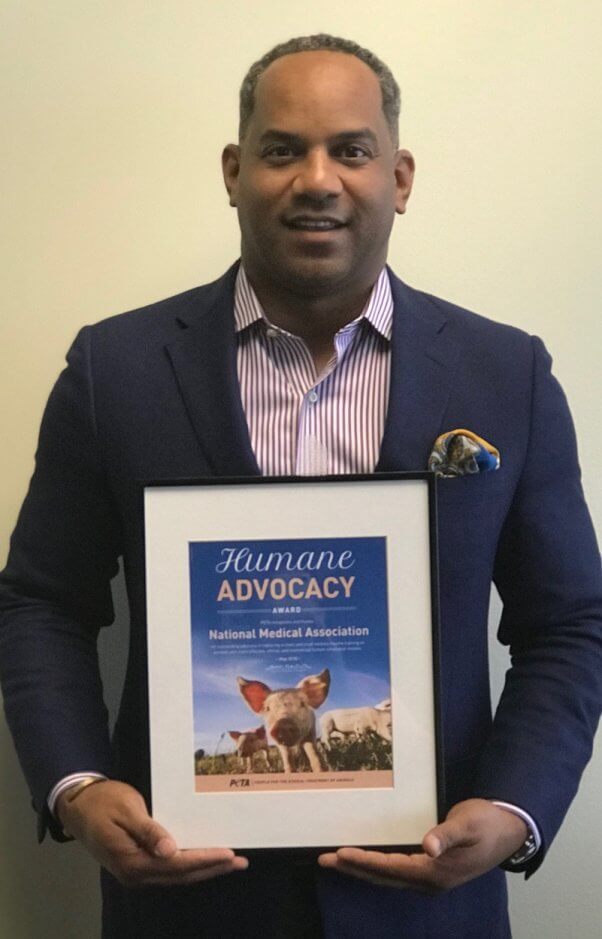 Using their considerable expertise, the NHMA and the NMA contacted members of Congress and urged them to support the Battlefield Excellence through Superior Training (BEST) Practices Act, which would replace the use of animals with more effective, ethical, and economical high-tech human-patient simulators. They worked together to coauthor a detailed information sheet that points out the significant anatomical differences between human beings, pigs, and goats, which makes the latter two poor models for teaching and learning about human medicine. And they sent individual letters and made phone calls to members of the House Armed Services Committee urging them to support efforts to end military trauma training drills on animals as part of the National Defense Authorization Act. For their lifesaving leadership on this crucial issue, PETA presented Elena, Doris, and Martin each with a Humane Advocacy Award, and we look forward to working with their teams to end all trauma training on animals. 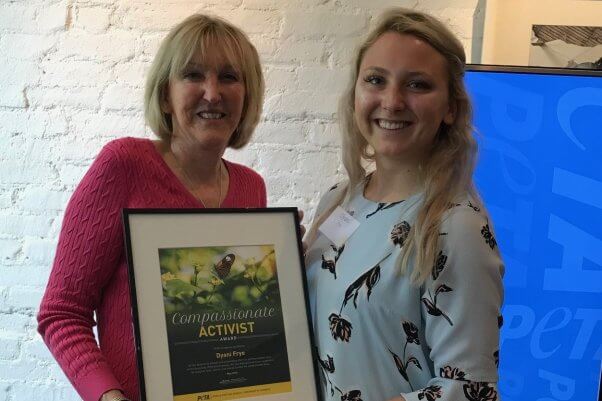 Frequently, young people tell Ingrid, “I’m going to use my career to help animals.” And her response is, “Why wait?” Each of us has a unique opportunity to influence the people around us and win victories for animals every day.

One exceptional student who treats every day like a chance to win is Dyani Frye. A member of peta2’s Campus Rep Program, Dyani started Students for the Ethical Treatment of Animals at the University of Maryland, and it’s grown to a group of nearly 200 scholars working toward animal liberation. She routinely draws tons of curious students to her events, which include everything from vegan cheese giveaways to distributing information on Canada Goose jackets (made from the feathers of tortured geese and the fur of trapped coyotes). And she recently led a protest against a fraternity fundraiser that involved a petting zoo. Not only did she deter students from attending, she’s also now petitioning the student government to ban events involving live animals. For her actions for animals, PETA awarded Dyani a Compassionate Activist Award. We have a feeling that it won’t be her last!

Feeling inspired? One truly can make a difference. Contact the Action Team today for ideas on changing the world for animals.