PETA’s legal eagle Asher Smith — who previously helped secure the rescue of 25 big cats from roadside zoos featured in the Netflix series Tiger King — is a champion in the courtroom for animals. These days, you’ll find him using a somewhat surprising tool in his work to free 30 sensitive barn owls from a laboratory at Johns Hopkins University: the U.S. Constitution. 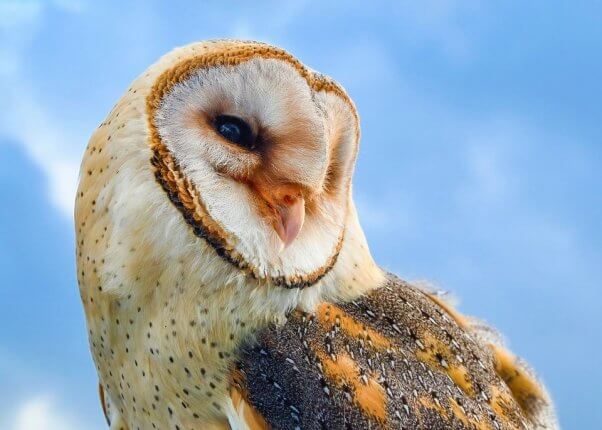 As litigation manager for the PETA Foundation, Smith is suing U.S. Secretary of Agriculture Tom Vilsack. PETA and Smith’s lawsuit targets a 2002 law sponsored by the late Sen. Jesse Helms that prevents Vilsack from upholding federal Animal Welfare Act (AWA) protections owed to birds born in laboratories, including those who currently suffer at Johns Hopkins in crude and pointless sensory tests. Our lawsuit argues that the owls are protected by the Constitution, and PETA is calling for an immediate end to the cruel experiments.

The SeaWorld Case That Set a Legal Precedent

In a landmark 2011 case, the 13th Amendment—which abolished slavery—was used to argue that orcas at SeaWorld are enslaved individuals. Although they and their human advocates didn’t win that case, the court acknowledged that “fundamental constitutional concepts” could be applied to animals in other situations. The ruling left the door open for future cases—like Smith’s new lawsuit on behalf of the owls at Johns Hopkins—to argue that the Constitution legally protects the interests of other species, even if some humans remain unwilling to acknowledge that fact.

Like the SeaWorld case, Smith’s lawsuit relies on a concept that originally applied to humans: a bill of attainder.

What Is a Bill of Attainder? How Can It Help Owls at Johns Hopkins?

A bill of attainder refers to any legislative act that unfairly singles out a person or group and sets punishment for them without a trial. Smith’s case argues that the 2002 Helms Amendment to the AWA—which entirely excluded animals including birds, rats, and mice born in labs from the already meager protections of the existing legislation—constitutes an illegal bill of attainder. In this case, it condemns barn owls at Johns Hopkins to death and torture without a trial.

Today, even inanimate corporations can sue to escape bills of attainder. Smith believes that these owls—who are living, feeling individuals with complex needs—are granted similar protection by the Constitution.

Learn more about the case from Asher Smith on The PETA Podcast:

Regardless of the case’s outcome, the lawsuit will raise public consciousness about the plight of animals used in experiments. Although the idea of extending basic legal protections to other species may be met with skepticism by some humans, it’s important to remember that not too long ago, full rights were only granted to white, cisgender, heterosexual men in this country. Through perseverance, dedicated activists were able to use their words, their knowledge of the law, and their vision of an ethical world to create a more just society for women, people of color, the queer community, and so many others. We must include other species in our circle of compassion.

What You Can Do for Owls at Johns Hopkins

Funded by taxpayer money through the National Institutes of Health, Johns Hopkins experimenter Shreesh Mysore cuts into the skulls of barn owls, inserts electrodes into their brains, forces them to look at screens for hours a day, and bombards them with noises and lights.

This owl is one of many imprisoned in Shreesh Mysore’s laboratory, where he cuts into their skulls and screws metal devices onto their heads in curiosity-driven experiments with no relevance to human health.

Barn owls—nocturnal hunters who would fly great distances in their natural habitat, mate for life, and exhibit empathy—are restrained in jackets or forced into plastic tubes so cramped that they can’t move their wings while experimenters measure their brain activity. For some experiments, Mysore restrains the fully conscious owls for up to 12 hours. During the course of these experiments, he eventually mutilates the brain tissue of the birds so severely that they become “unusable” to him—at which point he kills them.

Mysore claims that his experiments could help humans with attention-deficit/hyperactivity disorder (ADHD), but unlike us, owls have well-developed auditory and visual systems that are specialized for target selection. Blasting these animals with artificial stimulation while their brain activity is measured in a distressing and completely unnatural situation not only is cruel but also does nothing to further our understanding of ADHD in humans. PETA’s scientists have rebutted Johns Hopkins’ excuses for continuing these worthless experiments.

Hundreds of thousands of conscientious people have already called on the university to end these appallingly cruel, admittedly worthless, and apparently illegal brain experiments on barn owls. Joining them takes only a minute using your phone or computer, so what are you waiting for?