In the last few years, bills to ban fur in Israel have had overwhelming support from Israeli citizens, chief rabbis, and many members of the Knesset across the political spectrum. And public figures, including Orthodox Jewish reggae singer Matisyahu and Pamela Anderson, have made appeals on PETA’s behalf. With so much support, why hasn’t the country banned fur yet? An investigative report that just aired in Israel may offer some insight. 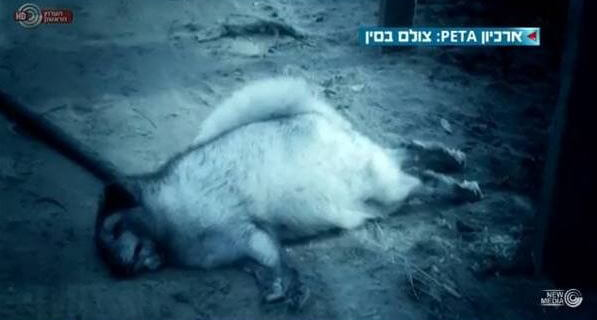 As journalists Tal Michael and Tomer Avital found in their report, which aired on the TV news magazine Mabat Sheni and featured fur farm footage provided by PETA, the fur industry has spent a great deal of money to try to stop Israel’s fur ban bill. For example, the International Fur Federation paid for members of the Knesset who held positions on several Knesset committees to fly business class to Denmark and stay in luxury hotels so that they could tour fur farms and attend fur fashion shows. They were nearly always accompanied by lobbyists for the fur industry.

The Knesset Ethics Committee is conducting an investigation, and the bill is expected to be reintroduced in the coming months. PETA will continue to work with locals in Israel to support a ban and help drive home the point that bludgeoning and electrocuting animals in the fur trade violates the Jewish principle of tza’ar ba’alei chayim, which forbids gratuitous cruelty to animals.