The tide is turning on the cruel forced swim test—and animals are winning!

Now even a pharmaceutical company specializing in antidepressant drugs agrees: Trapping small animals in inescapable containers of water teaches us nothing about human depression. Citing “scientific judgment” and the need for “the development of safe and effective treatments,” Sage Therapeutics has ended its use of the forced swim test. 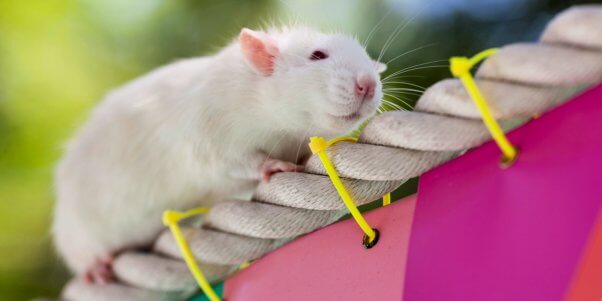 PETA scientists originally approached Sage Therapeutics after learning that between 2016 and 2018, some of its employees had coauthored at least two papers describing the use of the forced swim test in experiments involving 51 rats and 60 mice. In these abusive and pointless tests, experimenters drop small animals—including mice, rats, guinea pigs, hamsters, and gerbils—into containers of water and watch while the panicked animals struggle to escape. The test was developed in the 1970s, purportedly to study the effectiveness of antidepressant medication, but it’s been widely discredited by scientists.

If Sage Therapeutics, a company specializing in antidepressant drugs­, has banned this useless test, other pharma companies have zero justification for not following suit. Ask Pfizer, Eli Lilly, and Bristol-Myers Squibb to end near-drowning experiments on small animals, too: