Update (August 22, 2022): On the heels of PETA’s 42nd anniversary, one of our wishes will be granted: The infamous director of the National Institute of Allergy and Infectious Diseases (NIAID), Anthony Fauci, is stepping down in December rather when President Joe Biden’s first term ends. His decision to resign 2 years ahead of schedule follows PETA’s relentless public and private pressure—including our bold Fauci mural comprising photos of dogs, monkeys, and other victims imprisoned in laboratories under his direction. Fauci is now the second dinosaur, after former National Institutes of Health (NIH) Director Francis Collins, to announce his departure following PETA protests.

Under Fauci’s direction, NIAID has tormented and killed millions of our fellow animals in pointless experiments, from the tens of thousands of monkeys whom experimenters used in failed AIDS tests (which haven’t produced a single vaccine to prevent HIV), to the puppies whom experimenters drugged and partially locked in cages filled with hungry, infected sandflies.

Now that Fauci has announced his upcoming resignation, PETA is calling for his departure to immediately make way for a forward-thinking NIH leader who will implement state-of-the-art, human-relevant research methods that don’t use animals, such as those described in PETA scientists’ groundbreaking Research Modernization Deal.

Call for a Fauci Replacement Who Actually Cares About Modern Research

We need the directors representing the public’s interests in health and medicine to actually care about advancing research and improving public health. It’s time to usher in a new era of modern research, and you can help us push this forward. Click the button below to urge President Biden to appoint new leaders who want to advance research and end decades of cruel and wasteful experiments on our fellow animals:

A recent peek inside the world headquarters of the Dr. Anthony Fauci Fan Club—Anthony Fauci’s home office—shows that no one is a bigger fan of Fauci than the National Institute of Allergy and Infectious Diseases (NIAID) director himself.

Festooned with a life-size portrait of his favorite subject, his own headshot, and several other images of himself, Fauci’s office appears to lack a significant homage to his true legacy as the head of NIAID, the National Institutes of Health (NIH) branch that Fauci has directed for more than three decades. So to fill the hole, PETA created a prize worthy of being added to his already burgeoning collection of Fauci memorabilia. 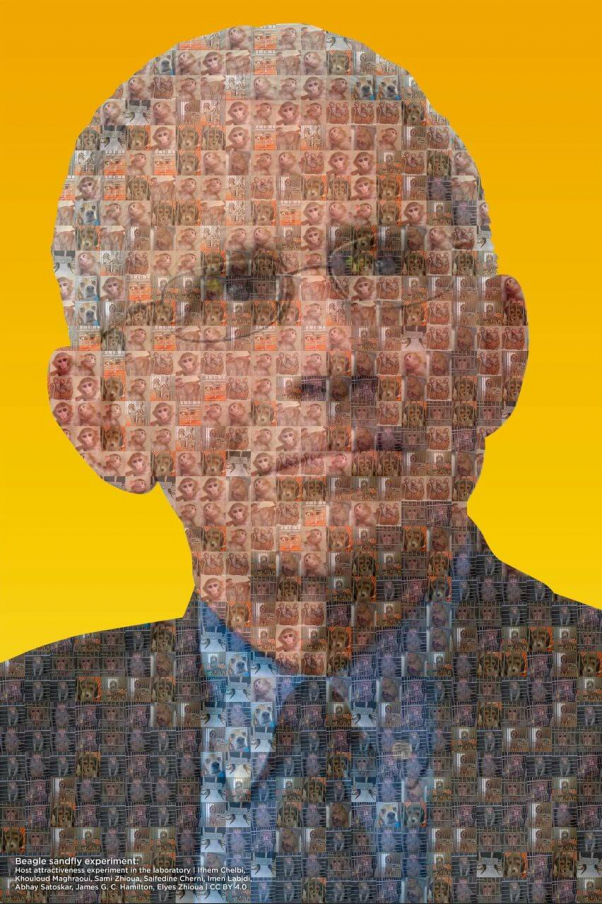 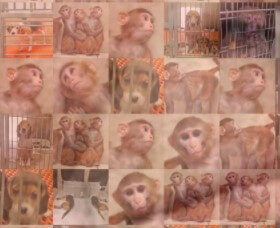 The artfully designed mosaic portrait of Fauci, suitable for framing, represents his true legacy as head of NIAID: the pain and suffering of dogs, monkeys, and other animals in laboratories under his direction. The portrait uses of hundreds of photos of caged and suffering animals—animals who feel fear and pain and who value their lives, just as Fauci does his own—to form a portrait worthy of President Joe Biden’s chief medical advisor’s shrine to himself.

We hope the mosaic will remind Fauci of how NIAID greenlighted tests in which experimenters drugged beagle puppies and fed their heads to hungry, infected sandflies. Or how NIH contracted with a beagle-breeding facility so foul that the U.S. Department of Agriculture cited it for 39 violations of the federal Animal Welfare Act in just three months. Or that NIAID, under Fauci’s direction, funded a colossally absurd experiment that will subject male rhesus macaques to feminizing hormone therapy to see whether it will make them more susceptible to contracting HIV, a disease they can’t contract.

Tell Fauci to stop his self-worship for a minute and shut down all the pointless, deadly HIV experiments on monkeys that his agency conducts and funds!