Authorities recently rescued 108 animals from three homes in Duncanville, Texas, where dogs and cats were found stacked in filthy, hair-encrusted, rusty cages and confined to rooms in which urine and feces coated the floors—allegedly up to a foot deep. According to news reports, the door to one room to which dogs were confined was sealed shut with industrial tape and hidden behind a curtain, and the dogs had been deprived of adequate food, water, and care.

The woman responsible for these cats and dogs was apparently busy acquiring unadoptable animals from at least one local animal shelter and running a “rescue” group. 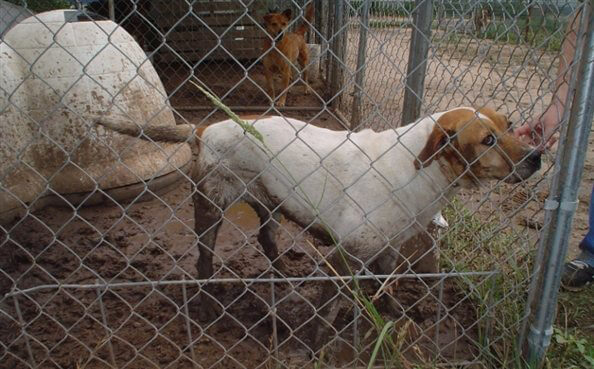 Cases like this are common and remind us how animals suffer when people warehouse homeless dogs and cats for years—with no chance for them to run, play, or feel the grass beneath their feet—as a “solution” to quick and painless euthanasia. Animal shelters that shirk their responsibility by handing over animals to anyone who says that they’ll take them—as shelters across the country are doing to make their euthanasia rates look better in the face of pressure from the irresponsible snake-oil salesmen who call themselves “no kill” supporters—share the blame for the suffering of animals at the hands of hoarders posing as “rescuers.” Beware, beware, beware!

Avoiding euthanasia at all costs is not humane, and it is not a solution to the animal overpopulation crisis. Until the flood of homeless animals is stopped through spaying and neutering, euthanasia will remain a mercy for unadopted and unadoptable animals. Spaying and neutering are the keys to keeping animals out of shelters—and out of “rescues” that are worse than death.