When we found out that Safari Club International, the largest big-game hunting organization in the world, would be in Reno, Nevada, on the same day as our anti-fur demonstrators, we figured that we’d be facing a tough crowd. Our fearless crusaders nevertheless showed up bright and early to let people know that animals caught in steel-jaw traps can languish in pain for days. What happened next was just downright ridiculous.

First, a couple of Reno Police Department cops showed up (unfortunately not in hot pants) to scope out the scene. Things settled down pretty quickly—that is, until a fire truck and ambulance came charging down the street, sirens blaring, and stopped directly in front of our demo. Apparently, a “concerned citizen” called 911 to report bleeding girls in distress. Cherry on the cake? Amidst the chaos, a detective from Homeland Security showed up to take the ladies’ names.

Secretly, we were kind of hoping the cops would show up (we have a thing for police in short shorts), but we definitely weren’t expecting such an eventful welcome. Well, the whole thing was eventually sorted out and laughed off as a misunderstanding, but let’s just say this was one demo that “The Biggest Little City in the World” will never forget.

Check out photos of the “bleeding girls” below. 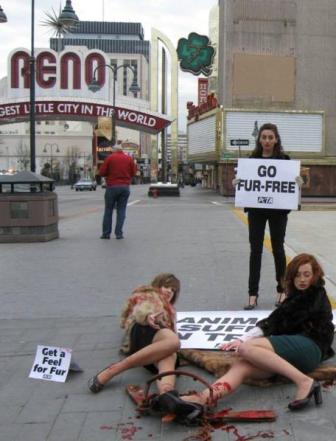 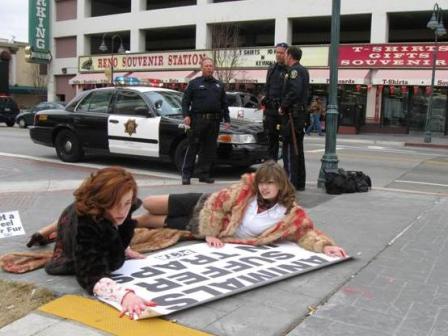 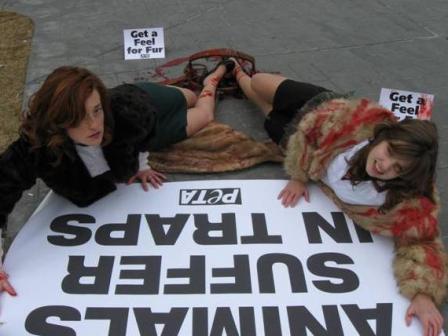