“Please don’t be a part of SeaWorld’s crisis-management plan,” say New York City residents—and new parents—Alec and Hilaria Baldwin. They have sent a letter to Macy’s CEO Terry J. Lundgren urging him to pull the plug on SeaWorld’s float in the Macy’s Thanksgiving Day Parade. 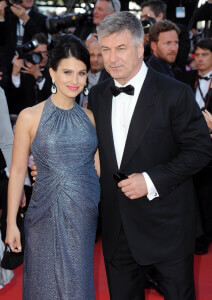 Coming on the heels of the documentary film Blackfish, which paints a devastating portrait of the miserable lives of orcas at SeaWorld, the Baldwins point out that allowing SeaWorld to participate in the parade is undeniably an endorsement of animal suffering. The float, which depicts free orcas frolicking in the ocean, is in stark contrast to the 35 orcas who have died in SeaWorld’s cramped tanks. The parade has always been about enjoyment and awe, so Macy’s shouldn’t be celebrating the lives and deaths of the animals imprisoned at SeaWorld.

Join Alec, Hilaria, and the more than 50,000 concerned people who have e-mailed Mr. Lundgren urging him to pull the SeaWorld float. 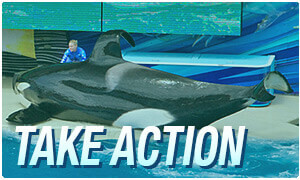