They can delay gratification, plan ahead, show empathy, share, and set goals and see them through. Who am I talking about? I’ll give you a hint: It’s not humans.

Contagious yawning isn’t specific to people, either. New research shows that our canine family members catch our yawns, too.

You did it! Thanks for convincing the Bridge Foursquare Church to cancel its greased-pig scramble.

Here are other animals who need your help:

Calves could be saved from having their sensitive horn tissue chopped off, burned away, or gouged out if farms simply bred cows without horns. Urge cheesemaker Cabot Creamery to stop cruel dehorning and breed hornless cows instead.

It’s bad enough that circuses imprison elephants and drag them across the country, forcing them to perform. But when the elephants are suffering from tuberculosis (TB), it’s even worse. Urge the U.S. Department of Agriculture to ban TB-positive elephants from performing.

How far will goats go to persuade people to help stop the military’s cruel trauma training exercises? How about spit in people’s water, eat their mail, or enact some Facebook vengeance? These hilarious goat photos are must-see and must-share. 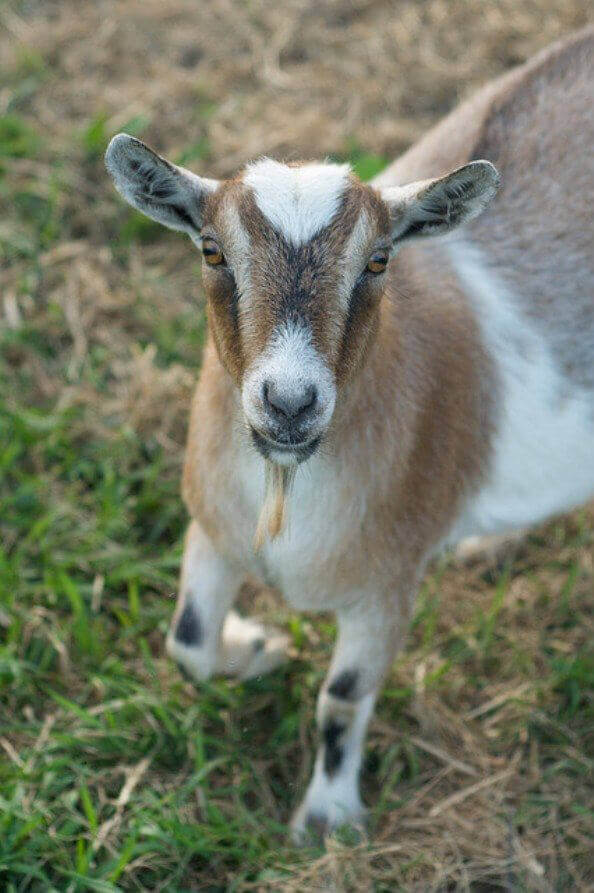 Summertime and the living is cheesy. Check out our list of the top five restaurants for vegan mac and cheese.

What do you run for? Your heart, your waistline, your stress level, your chocolate addiction? How about running for animals? You can when you join the 2012 PETA Pack.