Here they are: the Sexiest Vegetarians Next Door! Check ’em out (you’ll be glad you did).

Guess what the Institute on the Environment is saying would have a big impact on the planet? If you’ve been keeping up with your PETA Files reading, you won’t be too surprised.

The meat industry has the deep pockets, but animal advocates have the truth on our side. And our points are being heard loud and clear.

Robot fish! If only these fishies could convince anglers not to have the hearts of robots …

As Canada prepares for a historic vote on ending the seal slaughter, Canadian actor Emmanuelle Vaugier hosts a video exposé showing exactly why this barbaric ritual must end. 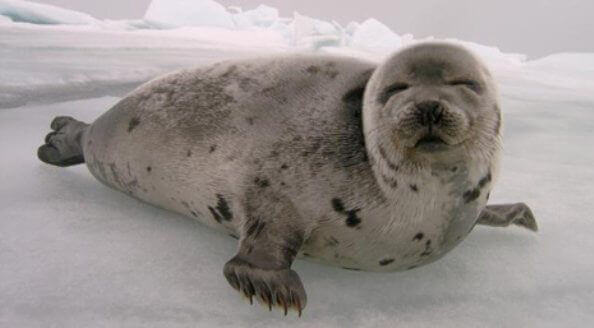 Ask Mexican wildlife officials to release the suffering lone lion at the Zacango Zoo into the U.S. sanctuary where PETA has secured a spot for him.