Attendees at today’s 420 rally in Washington, D.C., might have thought they were tripping when PETA’s costumed “cow” appeared to pass around delicious vegan jerky munchies while spreading the message that meat addiction is bogarting the world’s resources. 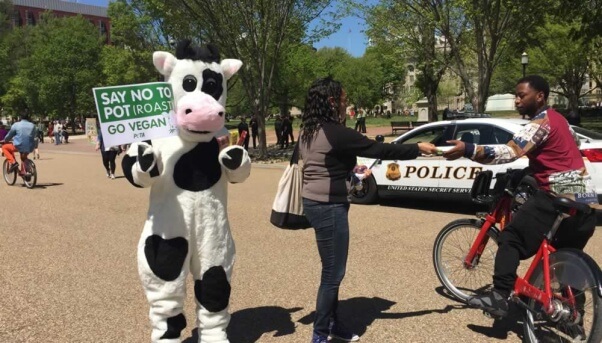 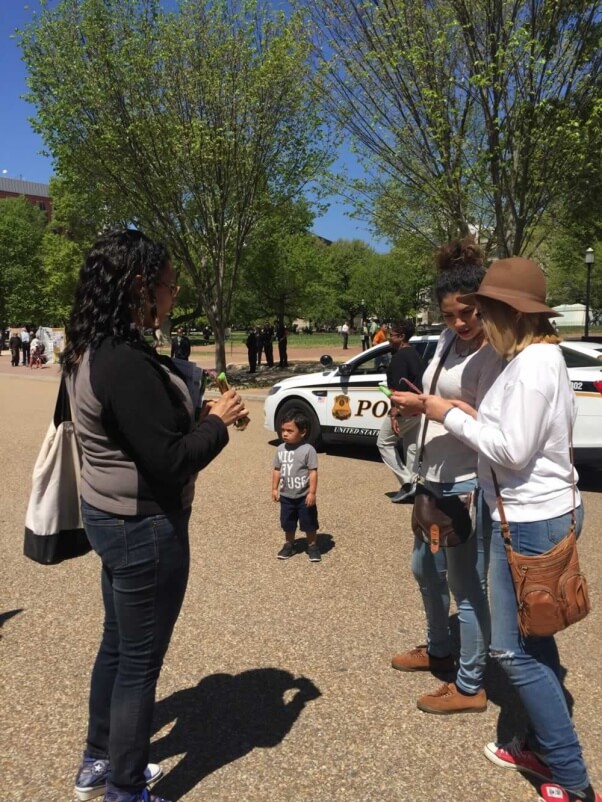 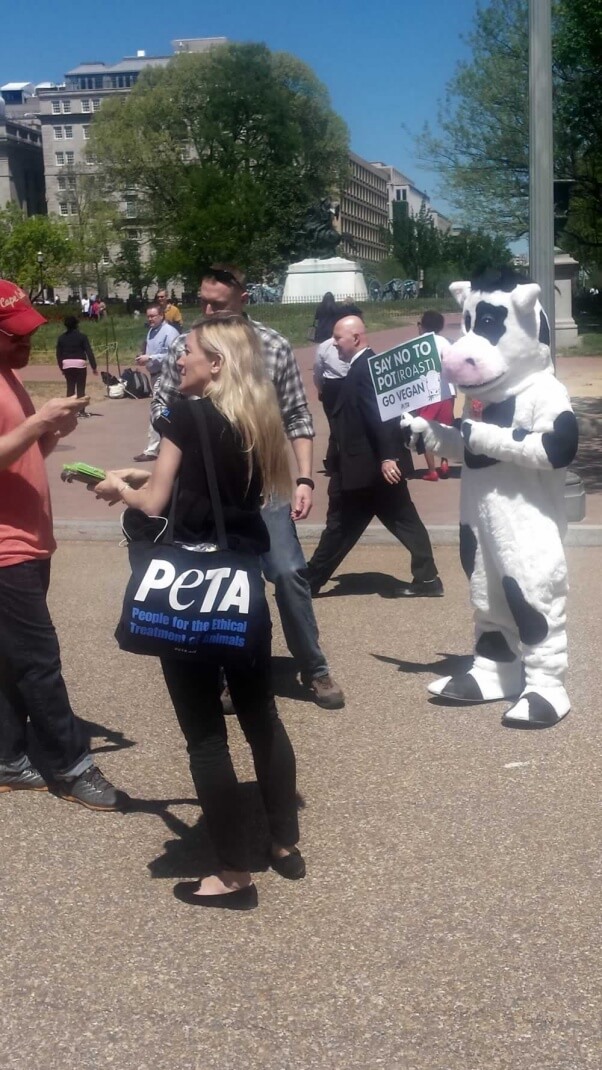 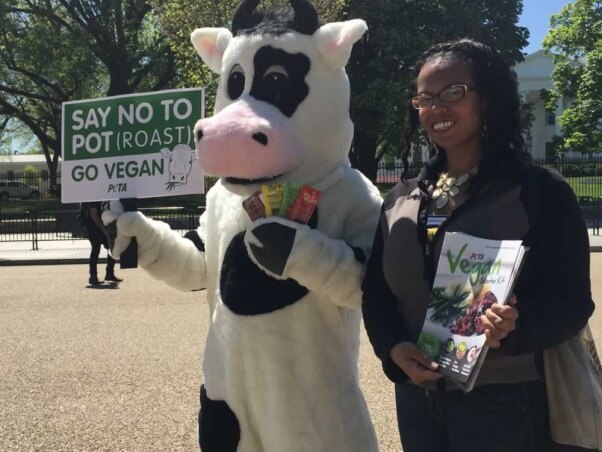 Compared to meat-eaters, vegans have nearly a 42 percent smaller greenhouse-gas footprint. Vegans are also less prone to heart disease, diabetes, obesity, and cancer. And they save nearly 200 animals from suffering and terrifying deaths each year, including chickens and turkeys who have their throats cut while still conscious, piglets who have their tails and testicles cut off without painkillers, and fish who suffocate or are cut open while still alive on the decks of fishing boats.

You can blaze a better trail for the environment, animals, and your health by kicking the meat habit. So whip up a batch of our mind-bending “catnip” brownies (if you live in a state where marijuana is legal) and order your free vegan starter kit today.