The 22 Worst Photos and Video Footage From the 2022 Iditarod

When the 2022 Iditarod kicked off Saturday, March 5, with its Ceremonial Start in downtown Anchorage, Alaska, PETA was there, leading a funeral procession with “pallbearers” carrying a dog sled piled with “bloody dogs,” ensuring that no spectator missed the fact that more than 150 dogs have died in the Iditarod to date. And now, as some media outlets attempt to convince audiences that it’s the mushers who are burdened by “VERY rough” trail conditions and who are “exhausted,” PETA’s here again, telling a very different truth—and we’ve got the receipts.

While in Alaska protesting this year’s death race, PETA and other activists snapped photos and captured video footage that illustrate what it’s actually like to be a dog forced to race in the Iditarod. Please scroll through to the end—PETA has a plan to #EndTheIditarod, but we and these dogs need your support.

Mushers Chain Dogs Up, Leave Them to Shiver in the Biting Alaskan Wind and Bone-Chilling Snow 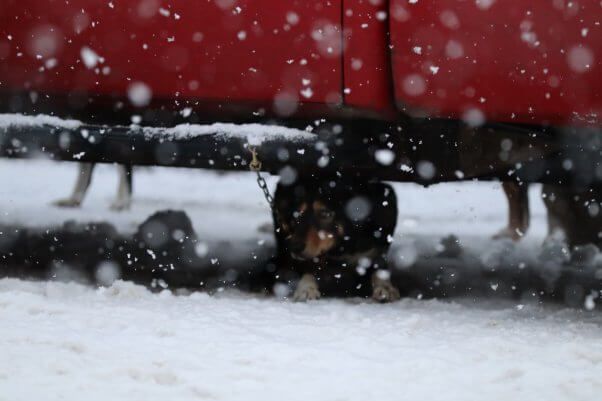 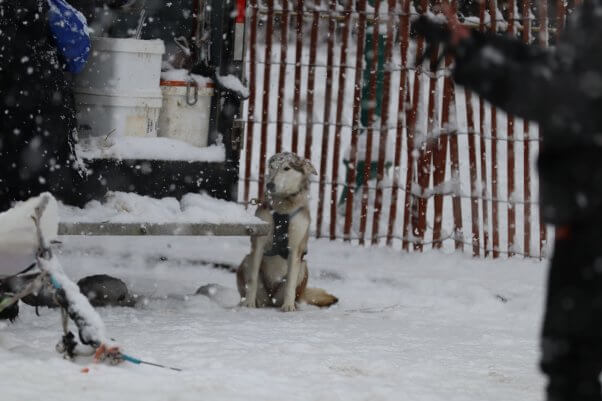 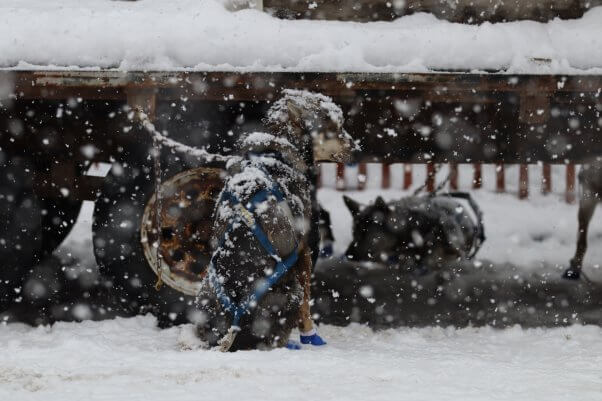 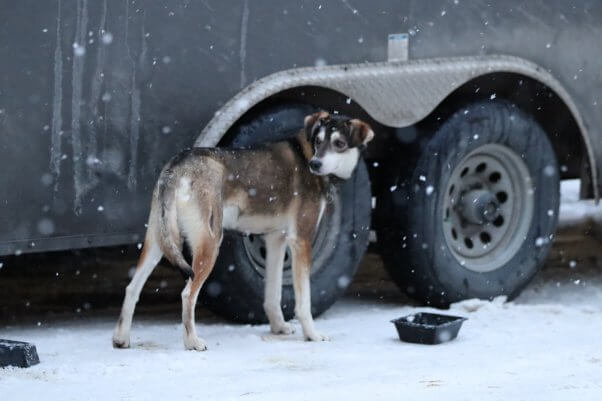 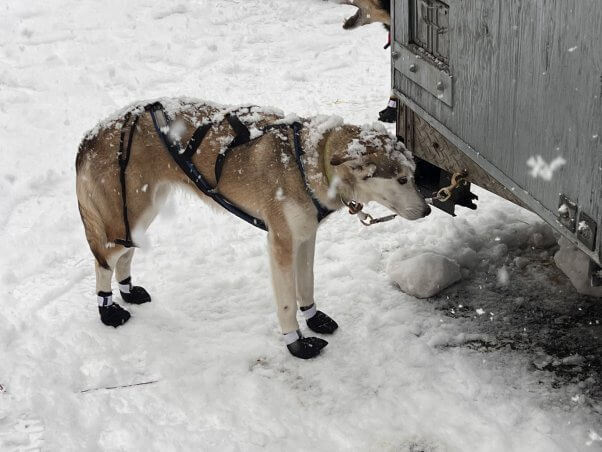 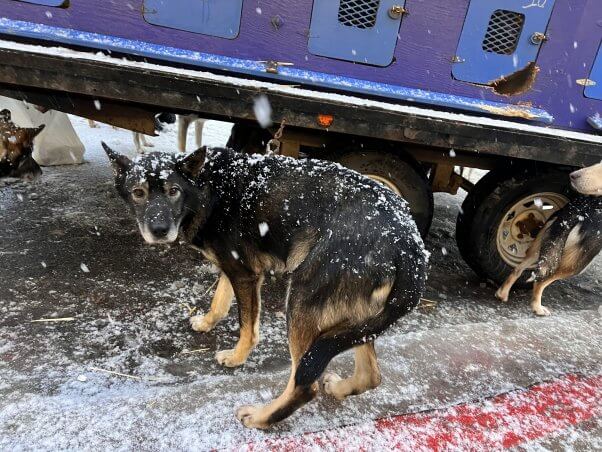 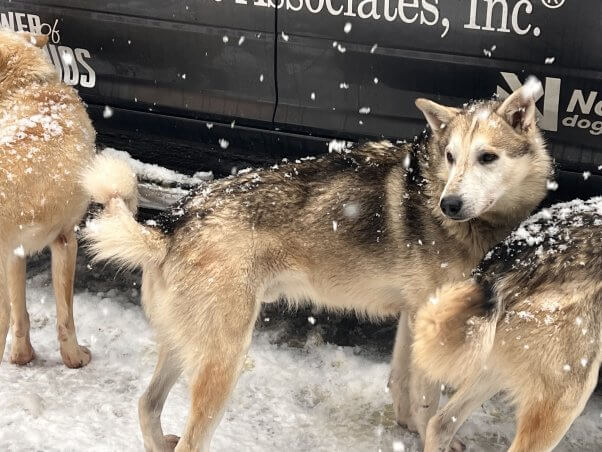 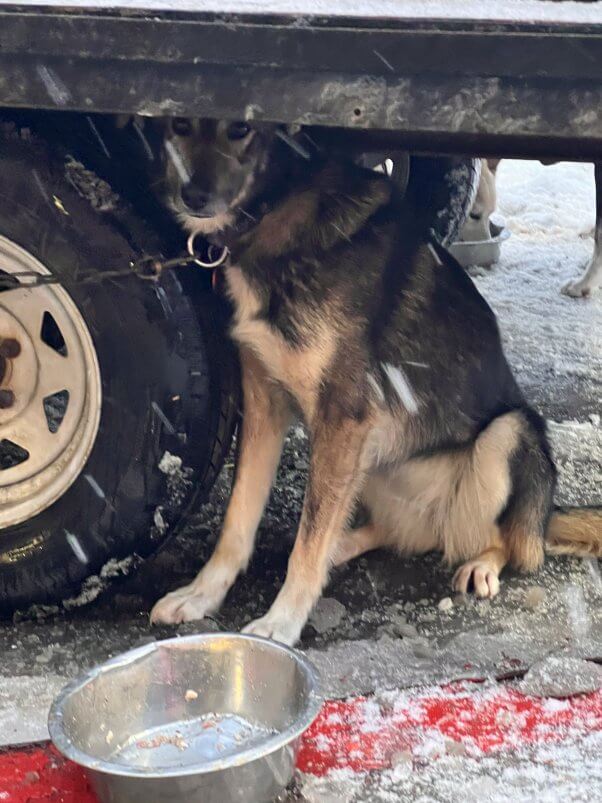 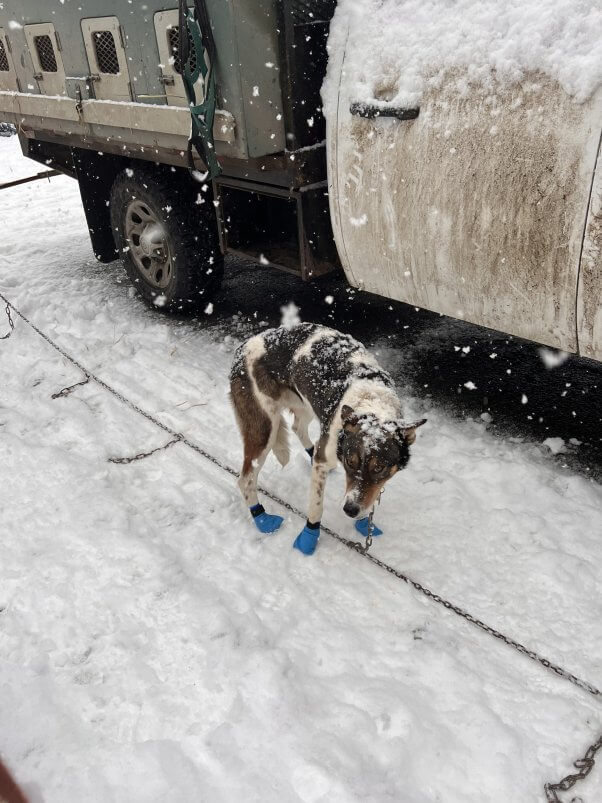 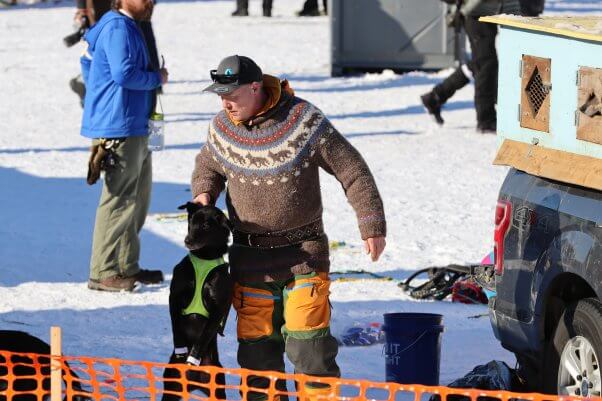 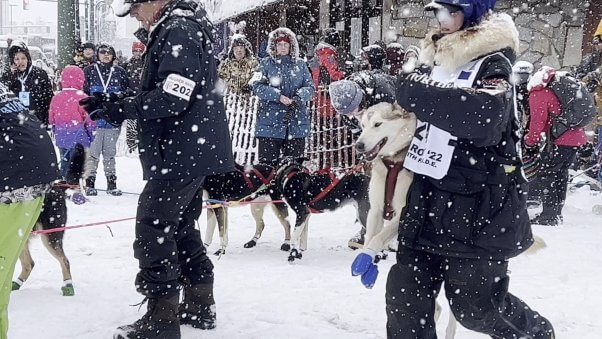 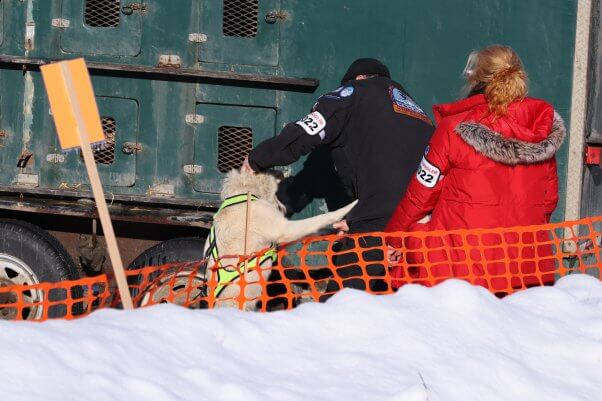 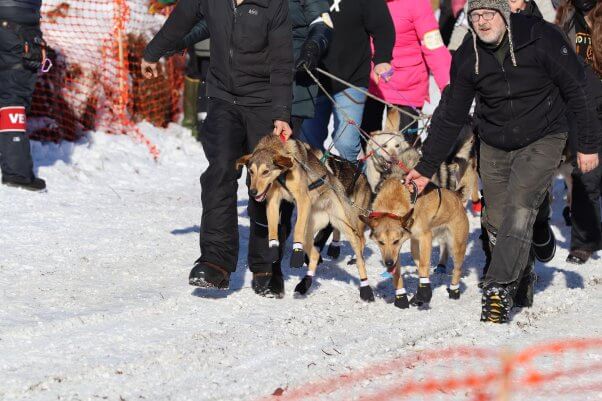 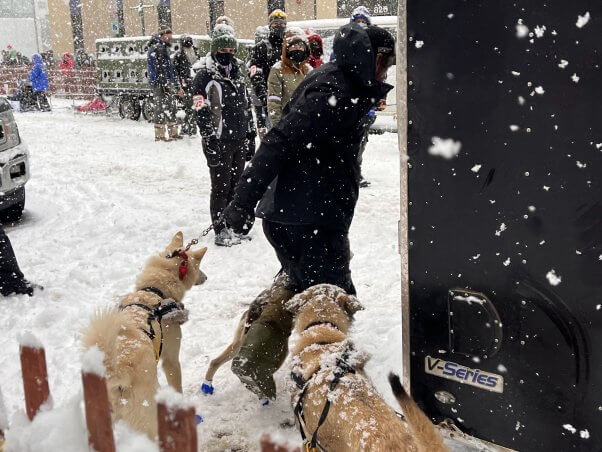 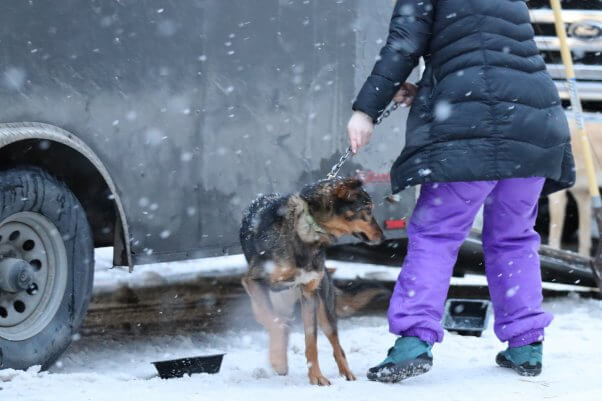 Mushers Heave Dogs Into Tiny Crates, as if They’re Shoving Bags of Trash Down a Chute 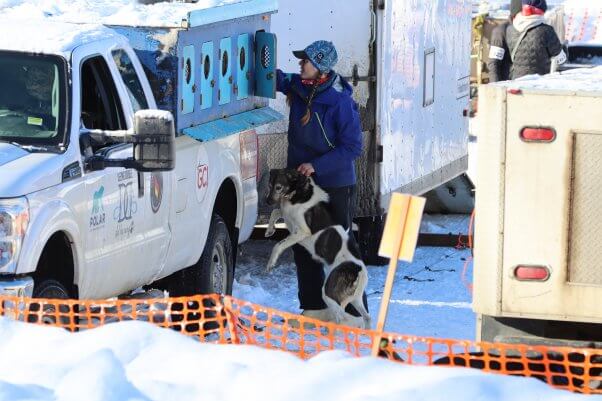 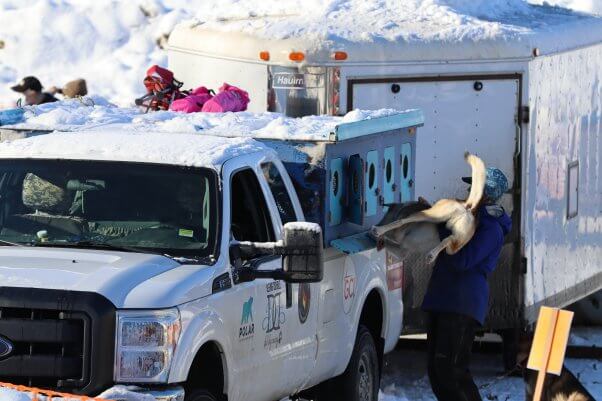 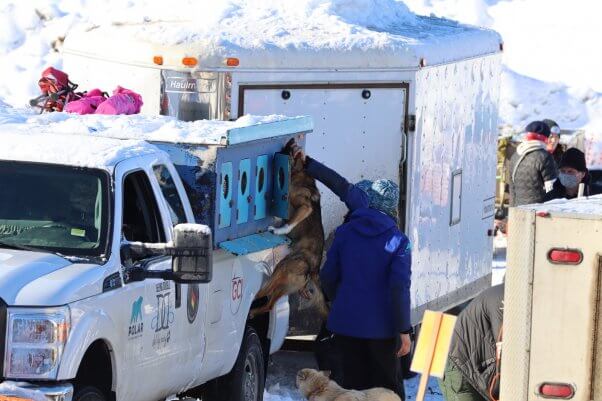 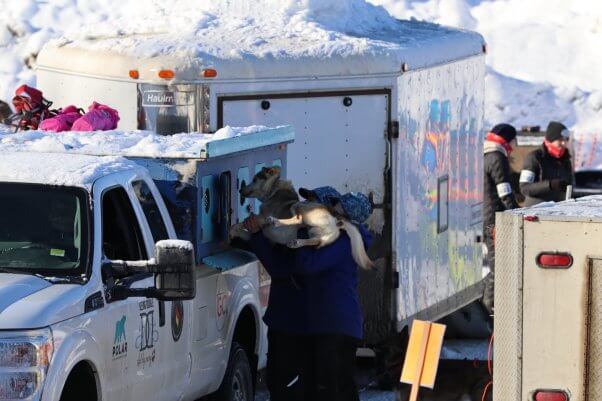 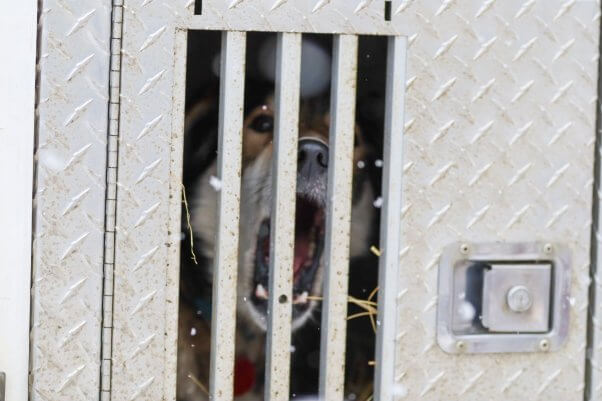 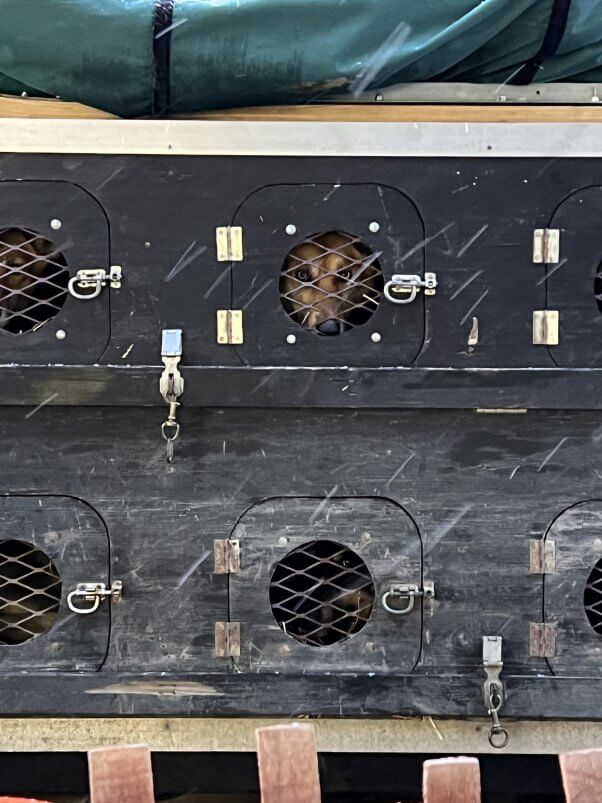 This 👆 heartlessness is how mushers treat dogs at the Iditarod starting line, where members of the media and spectators are free to film—imagine the abuse and neglect these animals endure when they’re on the trail, when no one’s watching.

Anyone who knows anything about dogs will understand why the Iditarod is hell for them and why it needs to end.

Dogs should be curled up on a loving guardian’s couch, not chained up in the snow and forced to run hundreds of miles through biting winds. More than 100 dogs have already been pulled from this year’s race, and during the 2021 race, nearly 200 dogs were removed from the trail because of exhaustion, illness, injury, or other causes. This isn’t entertainment, and clearly the key to winning isn’t mushers’ athleticism—it’s dog abuse. So ask yourself: Isn’t this 👇 dog’s life more important than some prize purse?

This Is the Iditarod

This could be your dog curled up on the couch — instead, they were chained up in the snow and are now being forced to run hundreds of miles in the biting Alaskan winds. #EndTheIditarod

Posted by PETA (People for the Ethical Treatment of Animals) on Tuesday, March 8, 2022

Dogs Used and Abused for the Iditarod Death Race Need Our Help!