Update (September 16, 2022): On September 15, the Suffolk County Supreme Court in New York ruled that Larry Wallach’s Sloth Encounters could not possess or exhibit wild animals in Islip, New York, until further order from the court. The Town of Islip had filed a lawsuit earlier in the week seeking to shut down Sloth Encounters permanently for several violations of the town code related to zoning and the unlawful possession of wild animals. The current court order will temporarily prevent Wallach from operating until the next hearing in the case, scheduled for early October.

Sloth Encounters is also facing four criminal charges related to these same violations. While Wallach is facing mounting legal problems over his exploitation of sloths, these animals are still suffering at his hands and need your help!

Long Island animal exploiter Larry Wallach has a long history of being cited for violating the federal Animal Welfare Act’s minimum standards of care. Citations include failing to follow veterinary instructions for treatment of a tiger cub’s broken toe, confining the cub to an enclosure with broken floorboards, confining a sloth to his cluttered garage, failing to feed cubs an appropriate diet, and allowing the public to interact with juvenile tigers, which puts everyone involved in danger. He’s also been caught on camera shocking a juvenile tiger with an electric prod—footage he posted to his own Facebook page. 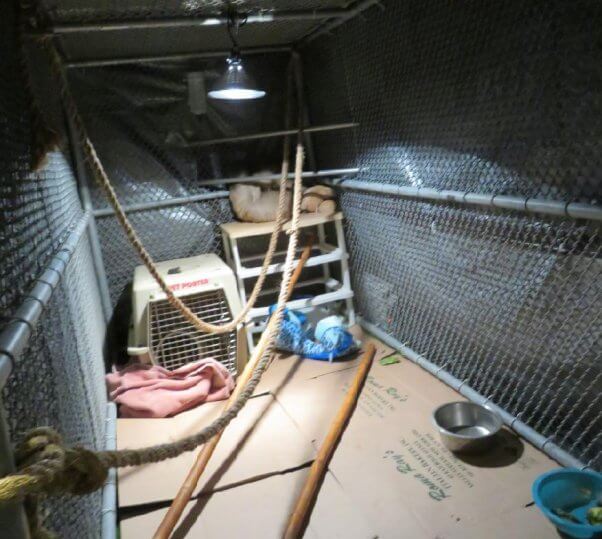 Wallach was cited by the U.S. Department of Agriculture for keeping a sloth in this dangerous, makeshift cage inside his cluttered garage.

Now, this callous exhibitor has set up shop in the hamlet of Hauppauge, New York (located in the town of Islip), to offer public encounters with sloths. Sloths are nocturnal animals who sleep up to 20 hours a day and spend the majority of their time alone, but Wallach subjects them to the stress of irregular sleep, mishandling, loud noises, and crowds of strangers. Sloths have even been known to injure humans with their sharp claws and teeth. Public interactions are even more stressful to vulnerable baby animals, who are prematurely torn away from their mothers to be used as photo props. Baby sloths cling to their mother for up to nine months—which is critical for the babies’ learning and improves their confidence and motor development—yet Wallach keeps a baby sloth in a tiny cage and allows public encounters with her. Exploiting sloths in this way is a form of speciesism, and it must end. 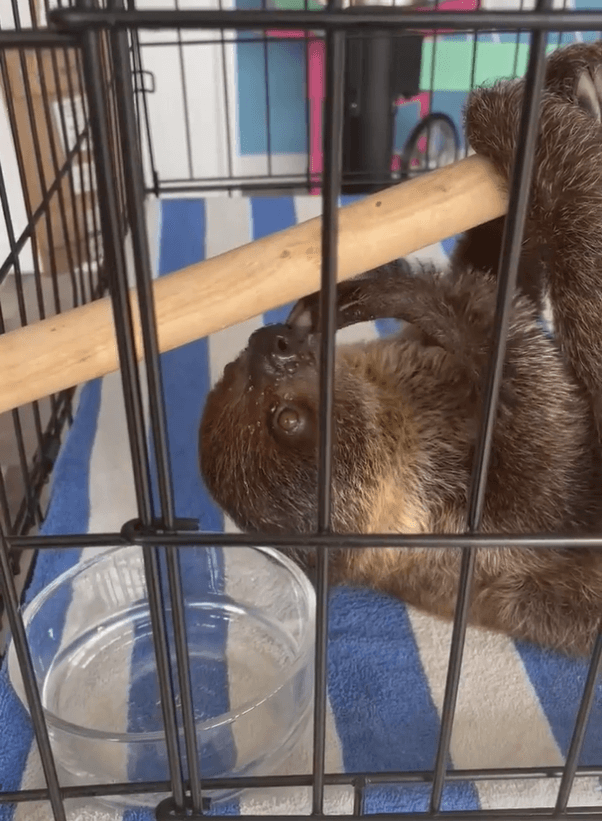 Wallach keeps this baby sloth in a tiny cage and forces her to endure public encounters when she should still be with her mother.

Please urge Larry Wallach to stop exploiting sloths and allow them to be transferred to a reputable facility where they can get the care they desperately need.