We did it! More than 185,000 of you demanded that St. Mary’s University in San Antonio put an end to Marshall McCue’s twisted starvation experiments, and your voices were heard. PETA received a letter from the school’s president confirming that these experiments have ended. This torture masquerading as “research” should never have been allowed in the first place, but we thank St. Mary’s for doing the right thing and putting a stop to it.

If Marshall McCue did to your dogs and cats what he does to the animals in his laboratory, he’d be facing felony-level cruelty-to-animals charges. 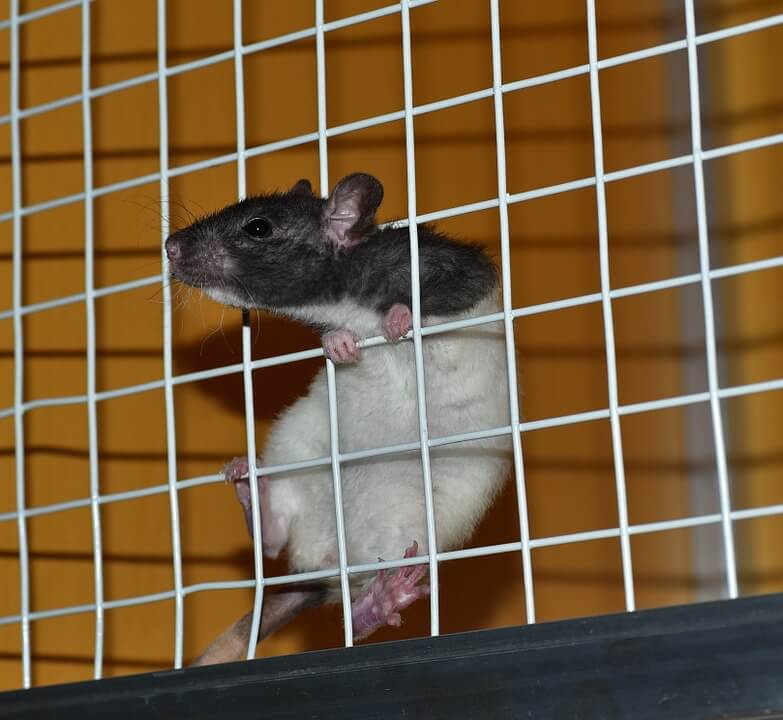 Rats are sensitive animals who are highly social, show empathy, and even giggle when tickled. Each year, millions of them are killed in laboratories.

McCue, a professor at St. Mary’s University, a Catholic institution in San Antonio, has made a career of starving vulnerable animals and calling it “science.” His latest victims were dozens of young rats whom he starved repeatedly for up to 11 days at a time.

McCue forced these social animals to live alone in barren cages, without any bedding to keep them warm, because he thought that, in desperation, they would eat that material.

Can you imagine the nightmare that these animals lived through as they searched in vain day after day for anything to fill their empty stomachs?

Over time, they lost 30 percent of their weight, and then they were inhumanely gassed to death.

What did McCue learn from these cruel experiments? Nothing that we didn’t already know. He concluded that when compared to rats who have access to food, those starved experience physiological effects—something that has been known for decades.

What’s more, his rat-specific results can’t be extrapolated to starvation episodes in other animals, wild or domesticated, since there is such wide variation of responses among different species. To add to this fiasco, the design of this experiment was flawed. McCue’s victims were juveniles who were still growing rapidly. Because of the wide variation in body size at this age, he had to throw out part of his data.

And please remember that an experiment subject’s inability to give consent in a language that we understand doesn’t make it right to waive that critical ethical research criterion. Just because they weren’t born human doesn’t mean that we can deny them their autonomy and right to life.