Update (July 20,2022): Johnson State Bank in Johnson City, Kansas, has canceled its annual turtle “race.” Thank you to everyone who spoke out in behalf of these sensitive, reclusive animals and to the bank for its compassionate decision.

Apparently, Johnson State Bank in Johnson City, Kansas, encourages residents to remove turtles from their natural homes every summer and use them to “race.”

This year’s event is scheduled for this Saturday, July 23. 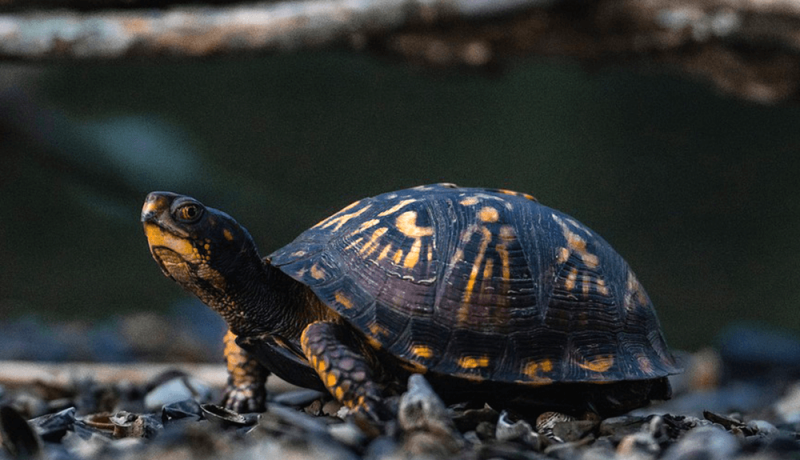 So-called “turtle-racing” events typically involve taking wild turtles out of their habitats, keeping them trapped, changing their diets, traumatizing them, and either releasing them or killing them once the events are over. Competitors at the races make loud noises to scare the turtles in an effort to encourage them to move faster. Turtles only move quickly when they believe their lives to be in danger. Although we don’t know what specifically becomes of every turtle cruelly exploited by Johnson State Bank, even those who are returned to nature are likely not deposited in the exact place they were found, which decreases their likelihood of survival. And when turtles are passed around by human hands or housed together—common practices for such events—they’re at risk for infection.