We’ve heard disturbing reports that Conquest Air Cargo has transported monkeys for use in laboratories in the U.S. and may be planning to do it again. 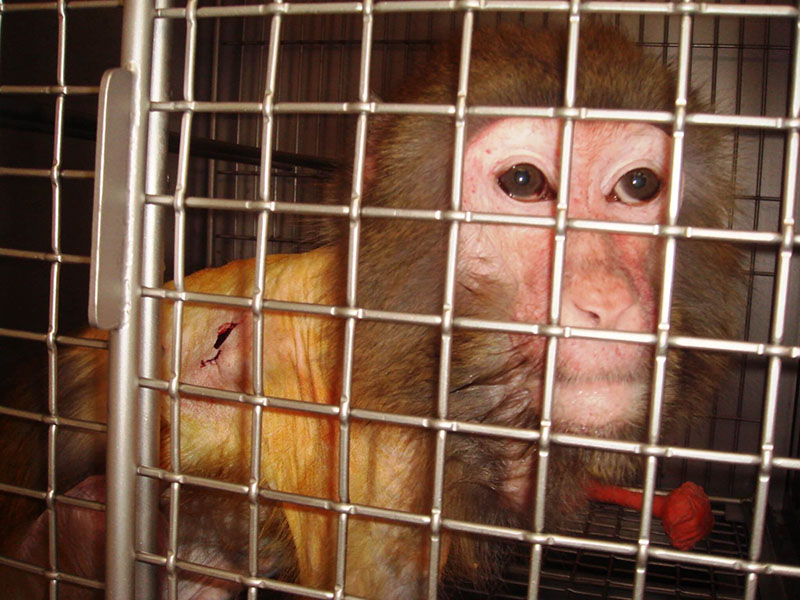 PETA, our members and supporters, and the public have persuaded nearly every major airline in the world to stop transporting monkeys to laboratories, yet it appears Conquest Air Cargo is involved in the cruel trade in primates for experimentation.

Every year, thousands of monkeys are transported to the U.S. to be imprisoned in laboratories and tormented in experiments in which they’re often cut open, poisoned, crippled, addicted to drugs, shocked, and killed. Some are bred in captivity on cramped, squalid factory farms, while others are taken from their families in nature. The traumatized animals are crammed into small wooden crates and transported in the dark and terrifying cargo holds of planes for as long as 30 hours. Once they arrive in the U.S., these sensitive monkeys wait in fear until they’re loaded into trucks and transported to infamous facilities such as Primate Products, Inc.

Like all primates, African green monkeys are highly social animals who live in tight-knit groups and use vocalizations, body language, and facial expressions to communicate with each other. In laboratories, they’re deprived of everything that’s natural and important to them.