Chickens, condoms, and bears—oh my! PETA supporters have taken a stand for animals dressed as pigs, fish, chimpanzees, and the evil villain in the film Scream. Check out 15 of the most memorable PETA mascots. 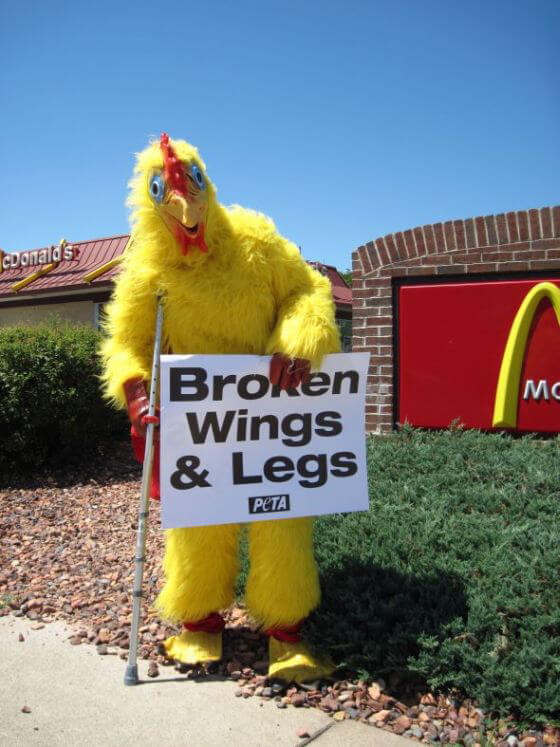 PETA’s “crippled chicken” speaks up for chickens who are slaughtered for McDonalds restaurants every year. 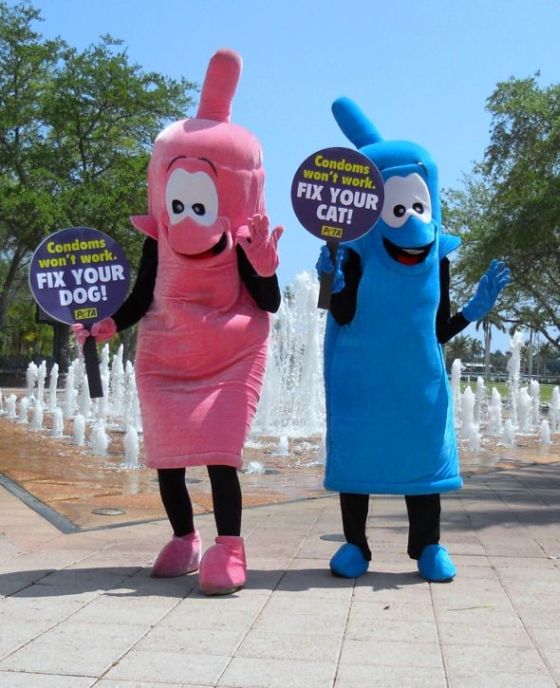 “Condoms” urge people to spay and neuter their animal companions. 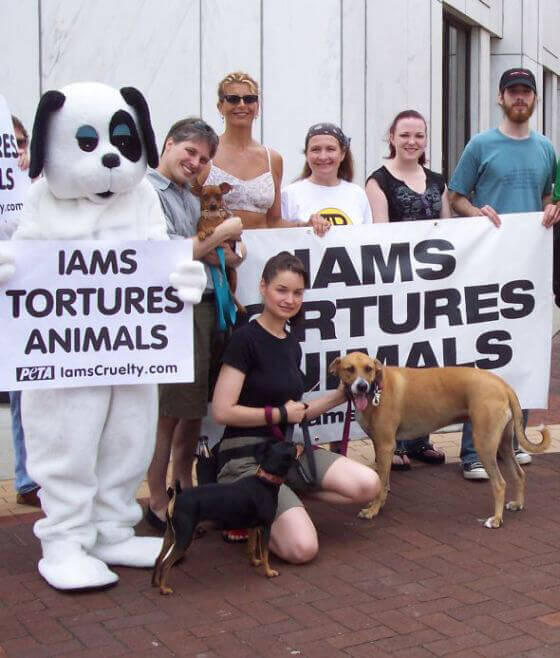 A big white “pup” helps to expose the truth behind Iams cruelty. 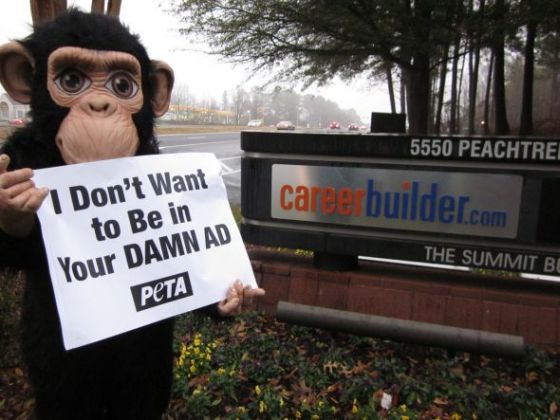 A PETA “chimpanzee” takes a stand against CareerBuilder for exploiting chimpanzees in pointless ads. 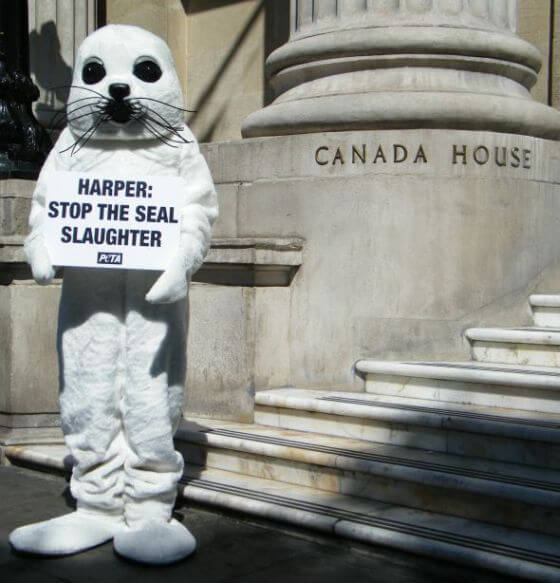 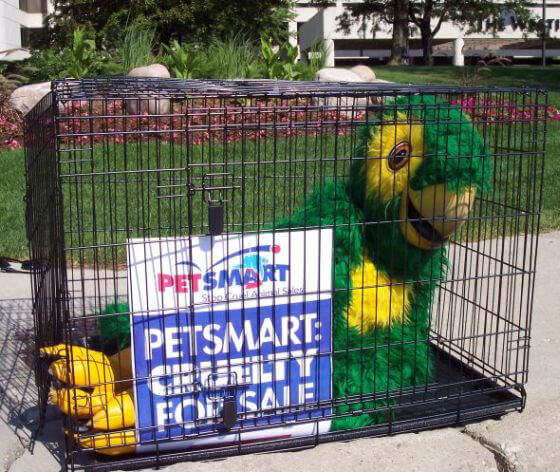 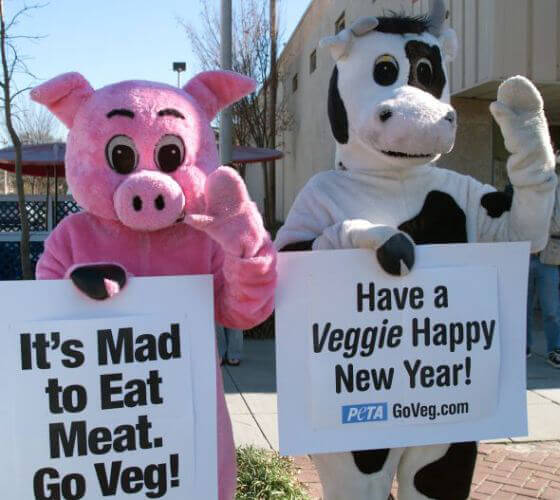 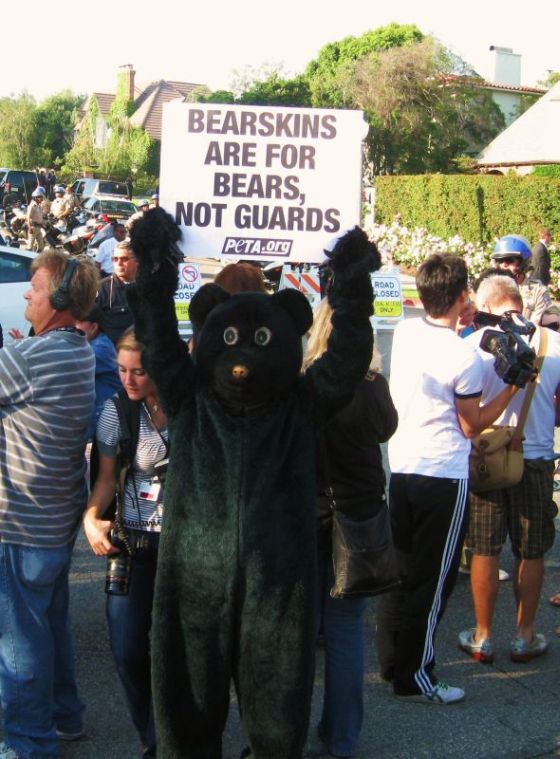 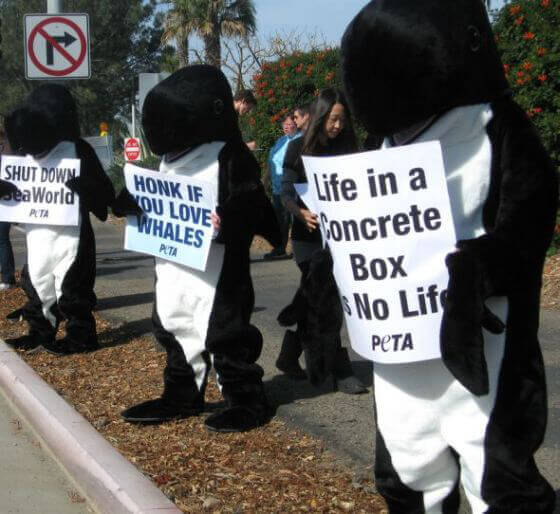 PETA “whales” speak up for whales imprisoned at SeaWorld. 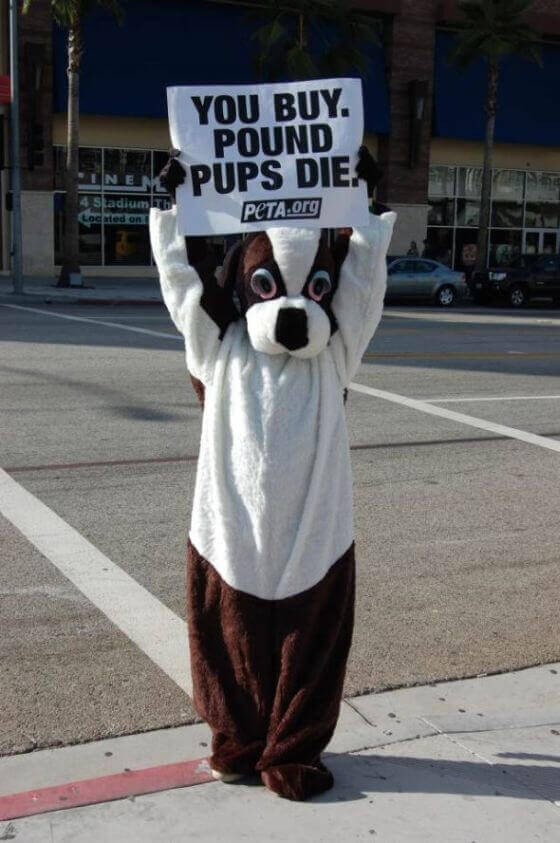 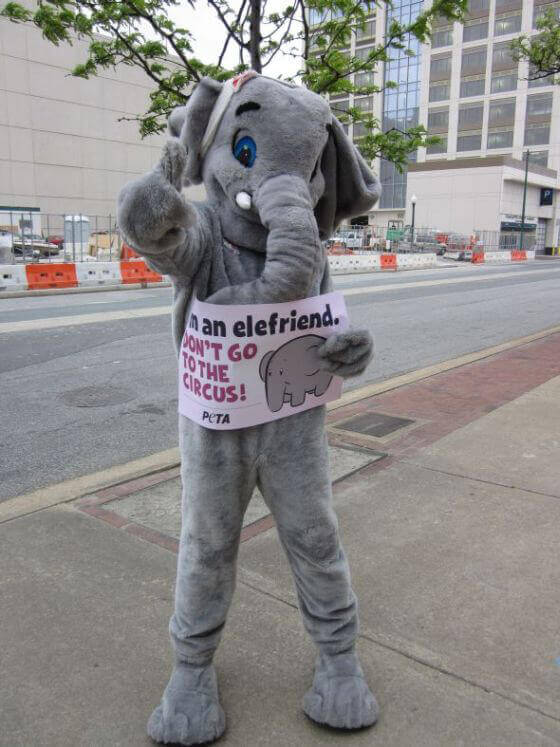 Our “elefriend” speaks up for elephants enslaved by Ringling Bros. and Barnum & Bailey. 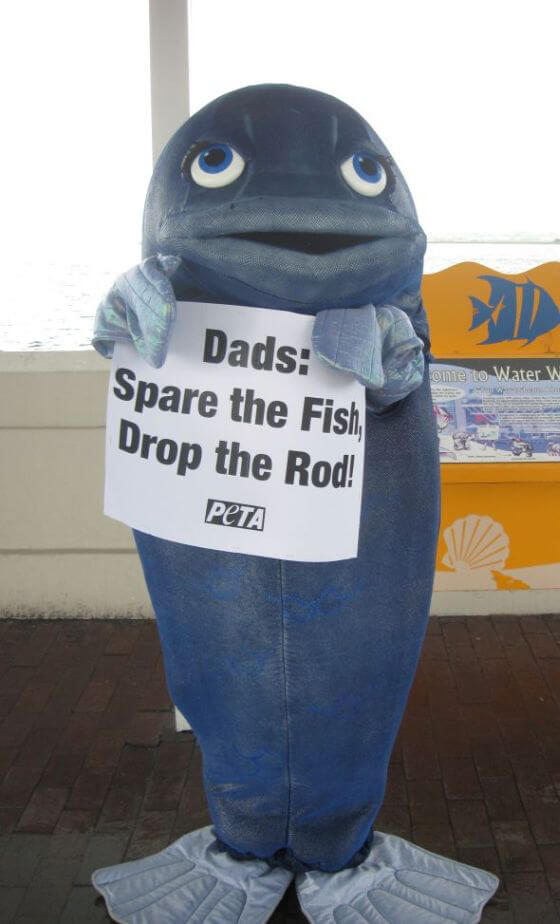 PETA “fish” teaches dads (and everyone else!) that fish are friends, not food. 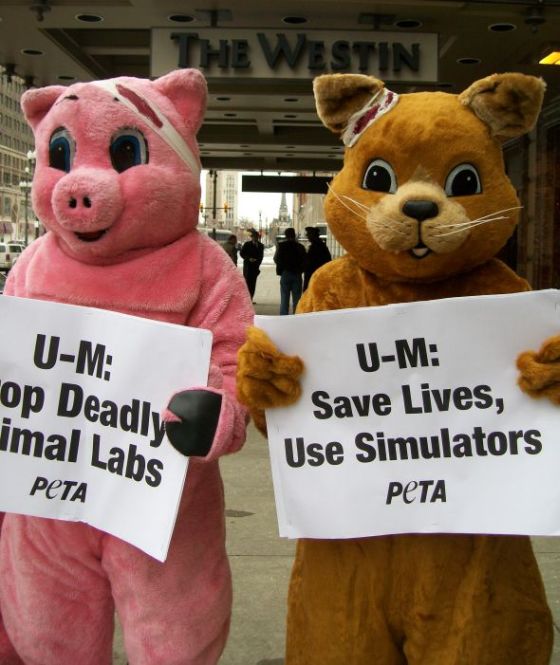 PETA “pig” and “cat” pals protest the University of Michigan for tormenting animals in cruel and unnecessary experiments. 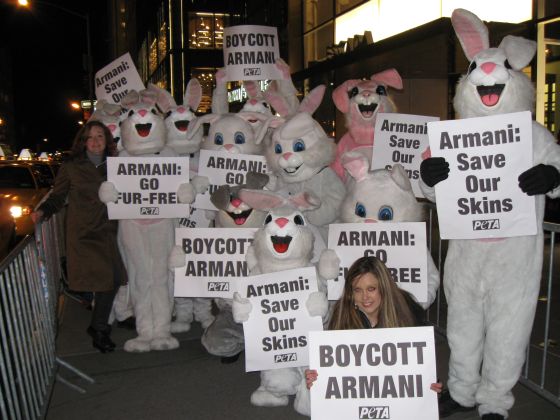 A group of “rabbits” protest Armani for using fur in its clothing line. 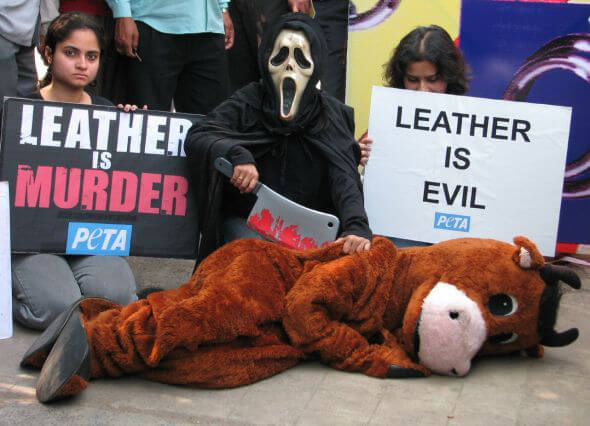 A hooded villian paying tribute to Scream exposes the truth behind the leather industry.

Do you want to get in on the fun? Join our Action Team and speak up for animals dressed as animals (or condoms!). Be sure to share the fun with your friends and family on Facebook and Twitter.