Iris huddled under a blanket amid the squalor at Chestatee.

Iris was often found with a blanket draped over her body in the unheated cell at Chestatee.

Iris sat in the tiny cell at Chestatee, pale and overweight, with feces smeared on the wall above the metal bench that was her only real respite from the filthy concrete floor.

At Chestatee, Iris was fed like a prisoner. A tray was slid through this hole in the wall. Old food and trays accumulated in the cell, which was cleaned only about two times per week.

At Chestatee, trash and old food littered the floor and feces were smeared on the wall as Iris ate.

Although it usually takes months to prepare rescued chimpanzees to be introduced to others of their own kind, gentle Iris met several chimpanzees in less than three weeks at Save the Chimps, including Pam, seen here grooming Iris.

Iris and Abdul, who recently celebrated his 40th birthday, met for the first time at Save the Chimps. Iris was pale, and her hair coat appeared thin, likely from a lack of sunlight in the cell where she was found at Chestatee.

Abdul groomed Iris at Save the Chimps. Grooming is a gesture of friendship among chimpanzees.

Iris built this nest of clean towels and a palm branch at Save the Chimps. She now gets to recline here instead of on a metal bench under a filthy blanket.

Iris enjoyed a banana at Save the Chimps, where food is served in enriching ways that encourage natural chimpanzee behavior, such as climbing and foraging.

Iris rests on her homemade nest at Save the Chimps, where every enclosure, every blanket, and even every toy are cleaned every day.

Iris is seen here sitting on one of the perches available to her at Save the Chimps. She is in a temporary enclosure but continues to be introduced to more chimpanzees and will soon have the opportunity to live on a beautiful island with a chimpanzee family. 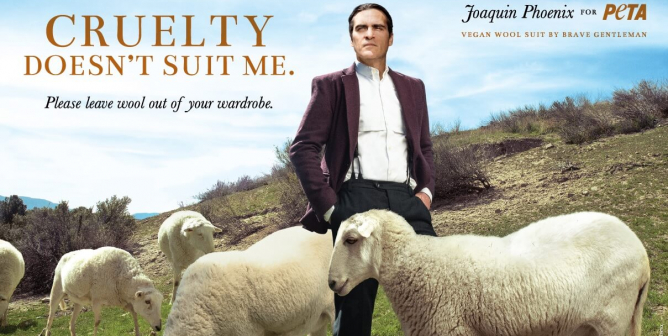 Joaquin Phoenix appears in a vegan wool suit alongside rescued sheep in an ad that proclaims, “Cruelty Doesn’t Suit Me. Please Leave Wool out of Your Wardrobe.” 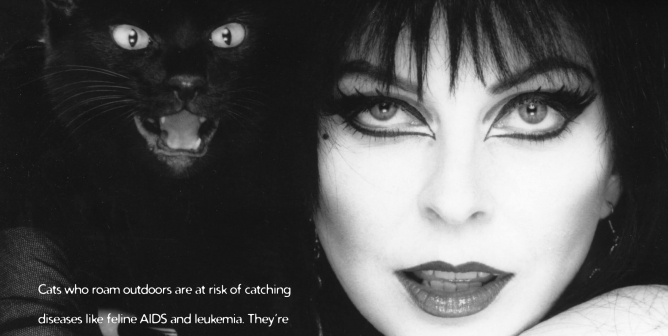 “Mistress of the Dark” Elvira sheds light on the horrifying cruelty that cats can face when left outdoors unattended on Halloween. 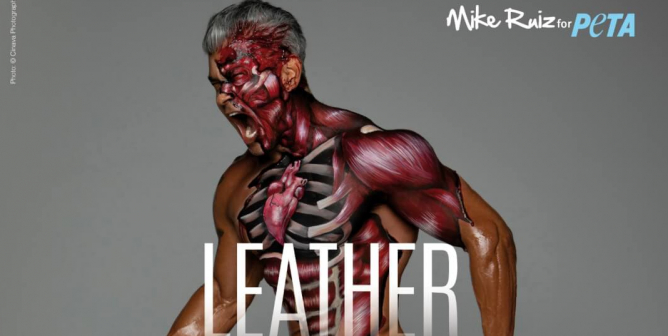