PETA Seeks Information on Culprit Who Dumped Dog Outdoors, Locked in a Carrier Inside a Garbage Bag, in Sweltering Heat

Woodhaven, Mich. – On Sunday, June 26, an employee of an animal shelter in Woodhaven discovered a 2-year-old Yorkshire terrier who had been locked inside a travel carrier that was wrapped in a black plastic garbage bag and abandoned outside the facility in the sweltering heat. The terrified dog reportedly had a leg injury, fleas, and a matted coat, and a surveillance video shows a woman dump the animal and drive off in what police believe to be a white 2010–2013 Lexus RX SUV. The dog—now named Gladys—is being fostered by a local rescue group.

Police are investigating the incident but have yet to make any arrests. That’s why PETA—whose motto reads, in part, that “animals are not ours to abuse in any way”—is offering a reward of up to $5,000 for information leading to the arrest and conviction of the person or persons responsible for this crime. 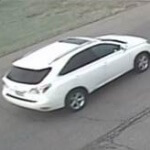 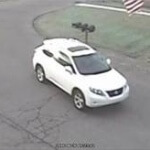 “It takes a dangerous lack of empathy for someone to lock a dog in a cage wrapped in plastic and leave her to suffer from heatstroke or endure a slow, agonizing death by suffocation,” says PETA Vice President Colleen O’Brien. “PETA urges anyone with information about this case to come forward immediately, before anyone else gets hurt.”

Anyone with information about this case is encouraged to call the Woodhaven Police Department at 734-675-4909.