London – Although fashion label The Kooples has listened to the public outcry and dropped angora wool, it still sells fur from raccoons, foxes, and coyotes—and that’s why singer Pete Doherty, who once designed a collection for the brand, sent a letter on PETA U.K.’s behalf calling on the store to go entirely fur-free. 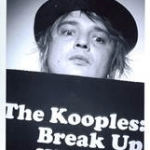 “Not much shocks me anymore, but [PETA U.K.’s] undercover video exposé shot on fur farms did—it shook me to the core,” Doherty writes. “It’s obvious that these animals’ entire lives are filled with torture …. And all for fashion? It’s total bollocks.”

PETA U.K.’s exposé reveals that animals on fur farms spend their lives confined to cramped, filthy wire cages before they are electrocuted, gassed, or poisoned. In the wild, animals caught in steel-jaw traps can suffer for days from blood loss, dehydration, and attacks by predators before being suffocated or bludgeoned to death by trappers.

PETA U.K.—whose motto reads, in part, that “animals are not ours to wear”—is calling on The Kooples to, as Doherty writes, “show you give a toss about animal suffering by extending the ban on angora … to all animal fur.”

Doherty’s letter and more information are available at PETA.org.