Los Angeles – Ahead of the holiday weekend, PETA supporters will descend on the Millennium Biltmore Hotel with “dead dogs” and suitcases sporting a spoof “Millhellium” logo to decry the company’s sponsorship of the Iditarod dog race, in which more than 150 dogs have died. 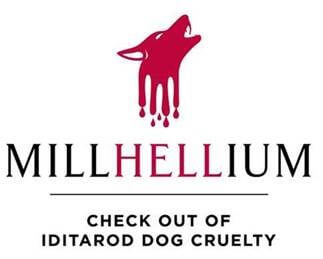 “PETA is calling on Millennium Hotels and Resorts to check out of the Iditarod’s cruelty to dogs,” says PETA Executive Vice President Tracy Reiman. “The company is failing animals and its guests by supporting a race that forces dogs to run so far and so fast that some die after inhaling their own vomit.”