Star Appears on PETA Billboard, Wants People to Try to Relate to Who's on Their Plate

Los Angeles – As Joker breaks box-office records, Joaquin Phoenix appears on a new PETA billboard that’s just gone up on Sunset Boulevard declaring, “We Are All Animals.” The ad urges people to “live vegan” and help “end speciesism,” which is the damaging belief that—despite their extraordinary talents, abilities, and intelligence—all other animal species are inferior to humans. 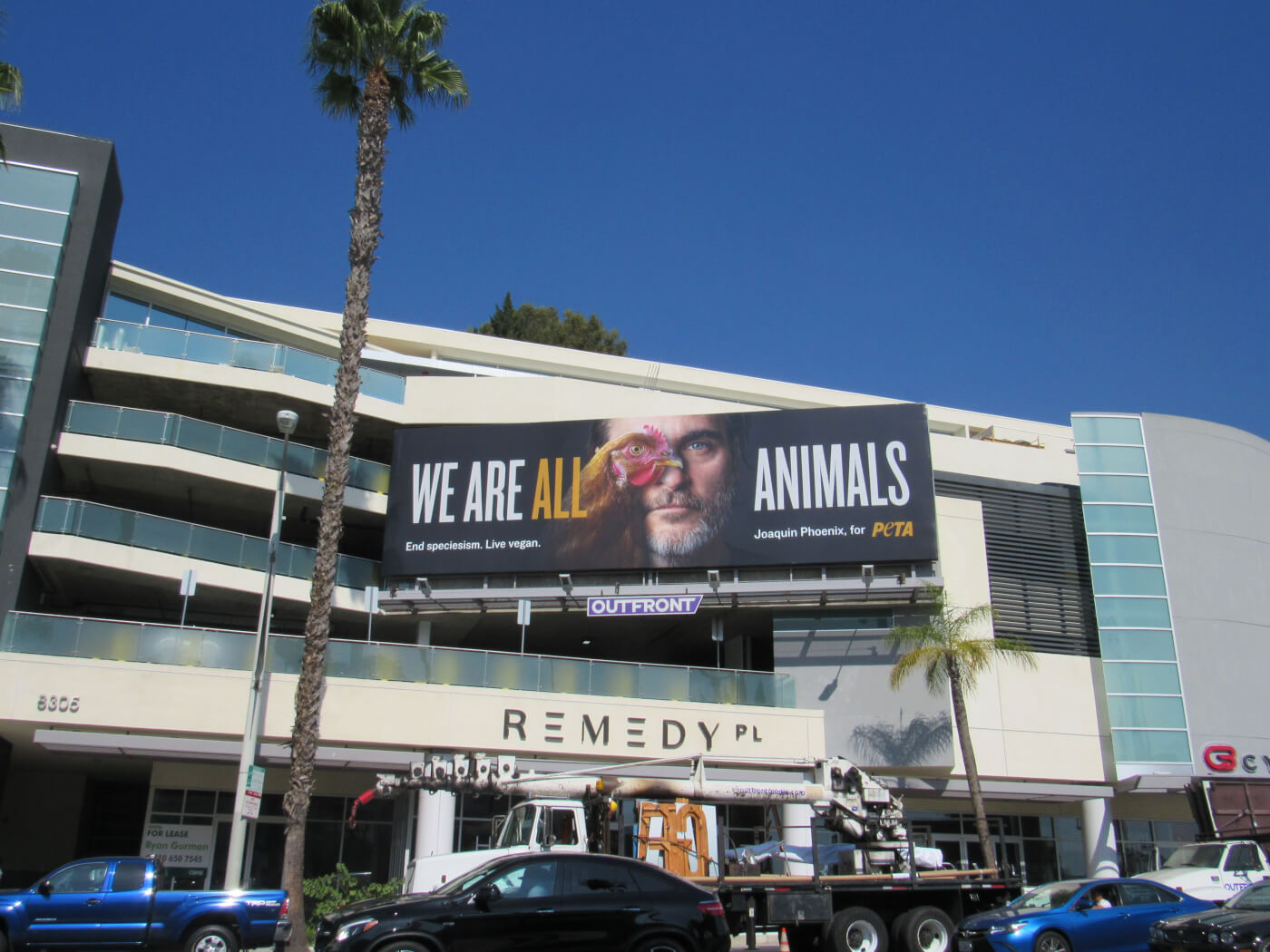 “When we look at the world through another animal’s eyes, we have to realize that inside we’re all the same—and so we all deserve to live free from suffering,” says Phoenix.

The United Nations states that animal agriculture is responsible for nearly a fifth of human-induced greenhouse-gas emissions—and warns that a global shift to vegan eating is vital if we are to combat the worst effects of climate change.

Because of human prejudice, billions of animals are tormented and killed in the food industry every year. Every person who goes vegan saves the lives of nearly 200 animals annually.

PETA—whose motto reads, “Animals are not ours to experiment on, eat, wear, use for entertainment, or abuse in any other way”—encourages everyone to combat speciesism by choosing delicious vegan food and otherwise rejecting the exploitation of all animals.

The billboard is located on Sunset Boulevard, just west of N. Sweetzer Avenue.