Los Angeles – A Compassionate Action Award is on the way from PETA to actor Jena Malone, who was among a group of good Samaritans who stopped a man who, according to witnesses, was dragging and kicking a dog near Sunset Boulevard and the 101 freeway on Monday. 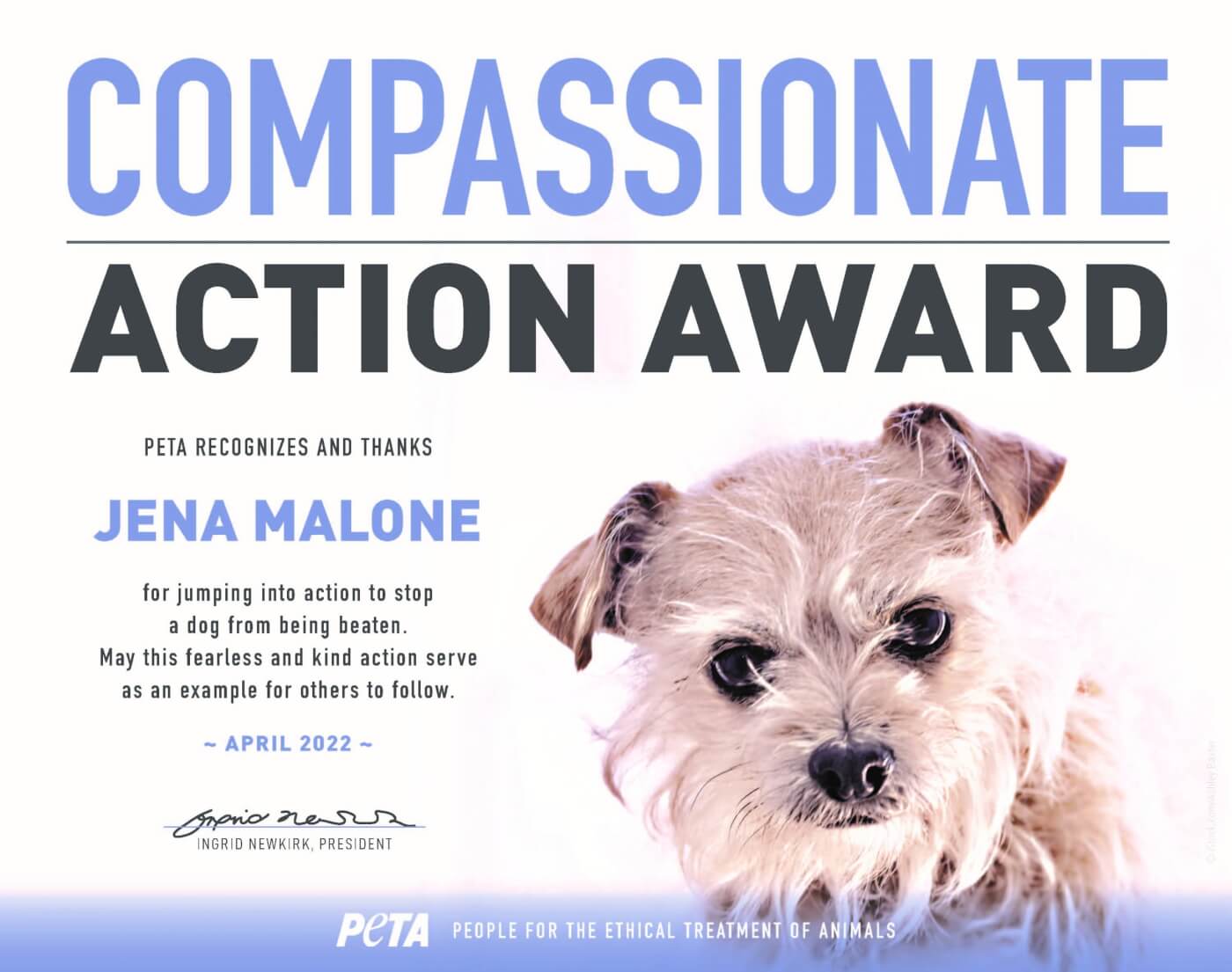 “I pulled over and started chasing him,” the Hunger Games star and Golden Globe nominee said, “because that’s absolutely not OK.”

According to reports, the man was arrested on suspicion of cruelty to animals and animal control took charge of the dog. His guardian (the alleged abuser’s mother) has since reported that the dog, Champ, sustained multiple fractures, including a broken leg.

“When Jena saw that a dog’s life was in danger, she dropped everything to race to his rescue,” says PETA Senior Vice President Lisa Lange. “PETA is certain that her selflessness and kindness will inspire many others not to be silent in the face of cruelty to animals.”

PETA urges anyone who witnesses animal abuse to report it to authorities. Whenever possible, take photos and video footage. If authorities are unresponsive, call PETA’s emergency hotline at 757-622-PETA.