Charities: Your Donation Dollars at Work 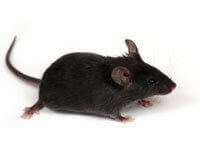 When you donate to a charity, do you know where the money actually goes? Could your gift be contributing to animal suffering? Some health charities ask for donations to help people with diseases and disabilities yet spend the money bankrolling horrific experiments on animals. While human health needs cry out for attention and many people go without medical care, animal experimentation drains money from relevant and effective projects that could truly help save lives.

The following are just a few of many charities that fund experiments on animals:

The American Cancer Society (ACS) has bankrolled horrific experiments on cats, frogs, mice, and other animals. For example, the ACS has induced stomach ulcers in monkeys and left the animals untreated and in pain while forcing them to live alone in isolation chambers during a nine-month study. It has also funded horrifically painful experiments in which cats were made partially brain-dead and then had their hind limbs cut so that a major nerve was exposed and pulled free from the surrounding tissue.

The Muscular Dystrophy Association (MDA) raises funds to help children with neuromuscular diseases, but “Jerry’s Kids” would be better off if the MDA hadn’t funded pointless experiments in which vivisectors cut out cats’ skeletal muscles and grafted them back into the same cats to test how well the autotransplants would perform. These cats, who were mutilated and in pain, were observed for more than 450 days—15 months! Other experimenters kept hamsters with the symptoms of muscular dystrophy in constant cold (39°F) to see if their disease would develop differently under those conditions.

The March of Dimes does nothing to help babies by throwing resources into useless experiments. In one experiment funded by the March of Dimes, kittens whose eyes were sewn shut were left in horrifying conditions for a year and then killed. Because it has already been well established that humans’ and nonhumans’ optical development is fundamentally different, the findings of this study were meaningless. Experimenters funded by the March of Dimes administered cocaine, nicotine, and alcohol to pregnant rats, even though the harmful effects of these substances on developing babies are well known. The charity has also funded an experimenter at the notoriously cruel Oregon Regional Primate Research Center who tethered pregnant monkeys to their cage walls by wires implanted in their backs.

The American Heart Association (AHA) is heartless to animals. It has contributed to the deaths of hundreds of dogs, pigs, goats, and rats. The AHA funds experimenters who continue to induce heart attacks and strokes in animals, even though all major advances in studying heart disease and strokes have come from data gathered in studies of humans. AHA has also supported experimenters who induced painful, progressive heart failure in dogs over a nine-month period and cut holes into the throats of live goats, subjected their muscles to electrical stimulation, and obstructed their breathing in order to study sleep apnea.

The American Diabetes Association (ADA) needs help learning how to better direct its bloated annual budget of almost $180 million. A wealth of information gleaned through population and clinical studies indicates that diabetes can be prevented and beaten with a low-fat vegan diet and exercise. But rather than promote risk reduction, prevention, and even reversal of disease with imaginative campaigns based on lifestyle concerns, the ADA funds cruel animal experiments. In one set of experiments, researchers cut pregnant rats to retard the development of their fetuses. They wanted to test whether retarding growth would make rats more likely to develop type 2 diabetes later in life—as they already knew it did in people. Vivisectors elsewhere bred mice to be born diabetic. The mice died of hyperglycemia within three days.

The American Lung Association (ALA) is no friend to animals. Even though animal studies of lung disease have often proved inaccurate, ALA-funded experimenters inserted catheters into pregnant sheep and surgically removed sections of their uteruses. Later, the baby sheep were delivered by Caesarean section and the mothers were killed. Within five minutes of their births, the newborns were subjected to additional surgery. In another study conducted by an investigator who received an ALA research award, pregnant primates had their babies surgically removed and killed to compare the lung tissue of fetuses at different stages of development.

• Before you donate to a health charity, ask if it funds animal experiments. Don’t contribute until you have a written guarantee that animals are not being used.
• Let charities that fund animal tests know that you only give to those that don’t harm animals.