Last week, New York Fashion Week (NYFW) Fall 2015 kicked off fashion week events around the world—and while some talented, compassionate designers like Marc Bouwer and Stella McCartney are leading the future of fashion by spearheading the use of eco- and animal-friendly fabrics and avoiding animal skins in their collections, it remains an ongoing battle to educate designers about the suffering that’s inherent in the production of apparel and accessories made with animal skins.

This is why PETA continues to take center stage at fashion weeks around the world: to raise awareness about the suffering of animals used for fashion and let the public know that we don’t have to sacrifice style to be kind to animals. Let’s take a trip down memory lane and look at just a few of the most memorable “runways” from past fashion week events: 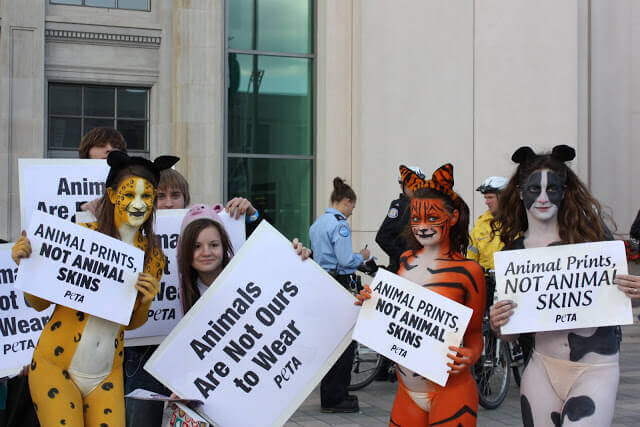 Sexy PETA members whose bodies were painted to resemble tigers, leopards, and cows told attendees of Toronto Fashion Week 2010 that, while animal prints are in style, leather, suede, and other animal skins are not. 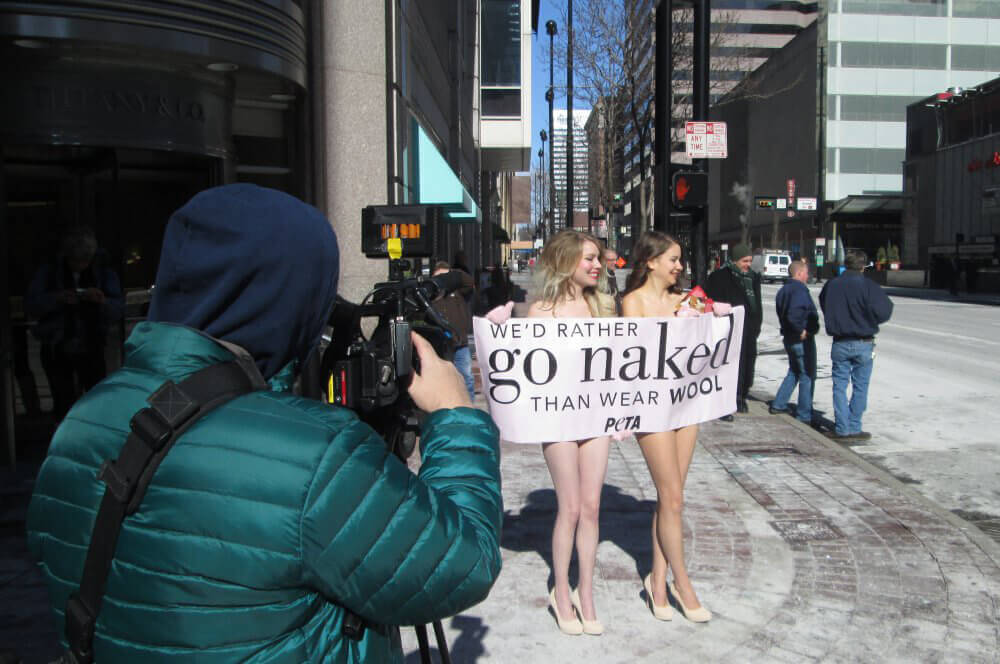 Although it wasn’t technically a fashion week demonstration, these scantily clad gals braved the cold streets of Cincinnati, Ohio, to deliver a spin on PETA’s iconic “Rather Go Naked Than Wear Fur” campaign, spreading awareness of another trade that many are unaware is cruel to animals: the wool industry. 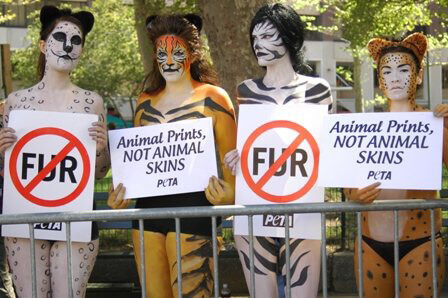 Fur is meant for animals. These stunning protesters said it best at NYFW in spring 2011. 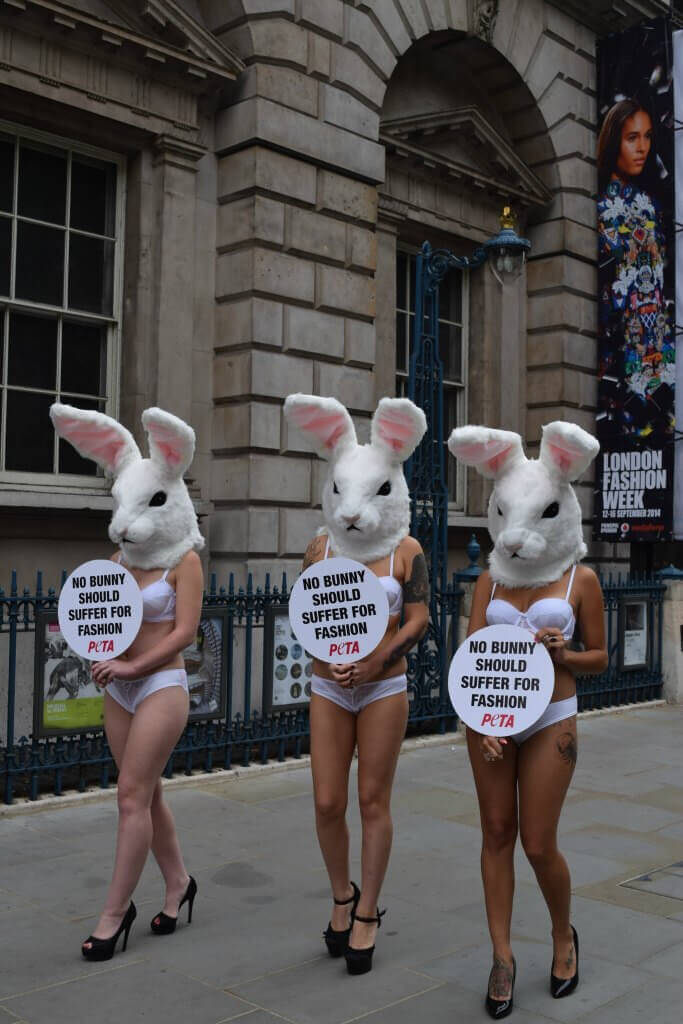 At the height of the media frenzy after the release of PETA’s 2014 angora wool investigation, which prompted more than 70 major retailers worldwide to ban the product of suffering from their shelves, sexy PETA “bunnies” took the designers still selling angora to task by letting everyone know that all rabbits deserve better.

Interpretive dance never spoke to us more clearly. PETA celebrated NYFW Fall 2014 with a dramatic dance performance to get people thinking about fur in a whole new light. 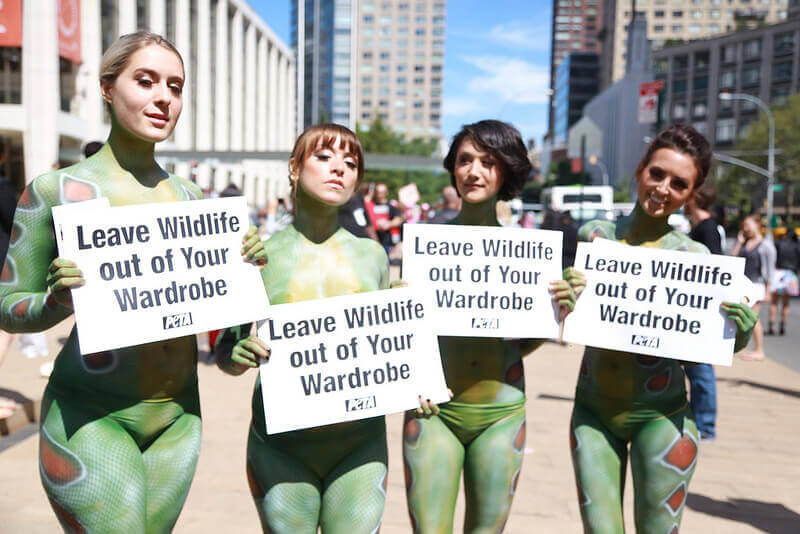 These brave bombshells took to New York City streets to let all fashion enthusiasts know that a warm heart for reptiles looks much nicer than any purse or watch strap made from their skin. 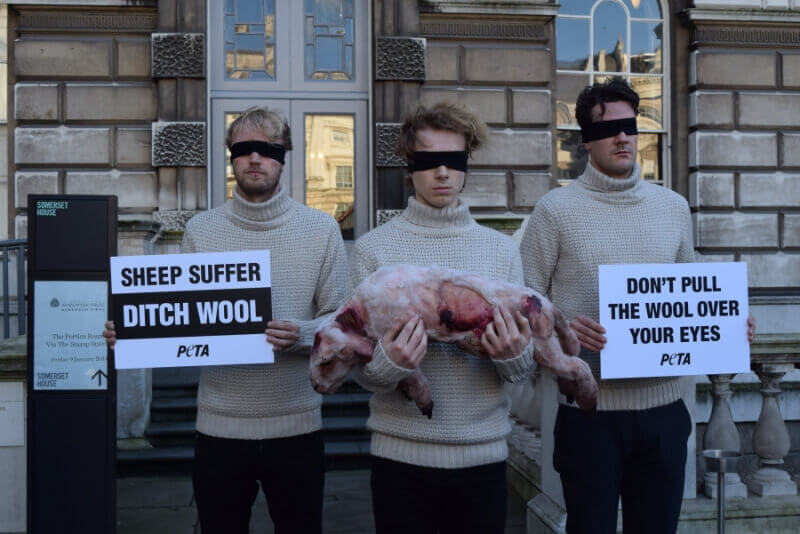 Make room for the guys! Although it wasn’t a fashion week protest, high-profile designers were inside the U.K.’s Somerset House for the inaugural 2014-15 International Woolmark Prize when three vegan male models staged a protest against the award and the cruel production of wool.