The following article was written by Inspirational Eve.

I stepped onto the glass scale, compliments of the Las Vegas Hilton, with a loud giggle and a vodka burp, and I was dumbfounded. I knew I was heavy. Everyone who saw me knew I was heavy. I just hadn’t realized how far I had let it go. The number 340 registered on the digital reading. Is that 340 ounces or pounds? I had to make light of the situation, especially knowing my doctor’s recent prognosis. At 24 years young, I exhibited the onset of kidney dysfunction, hypertension, high cholesterol, sleep apnea, and an irregular heartbeat. I was told that my next step would be gastric-bypass surgery. I had become a statistic. I was following in my ill parents’ footsteps. My future would be filled with prescription drugs, hospital visits, and disability if I didn’t make a change. 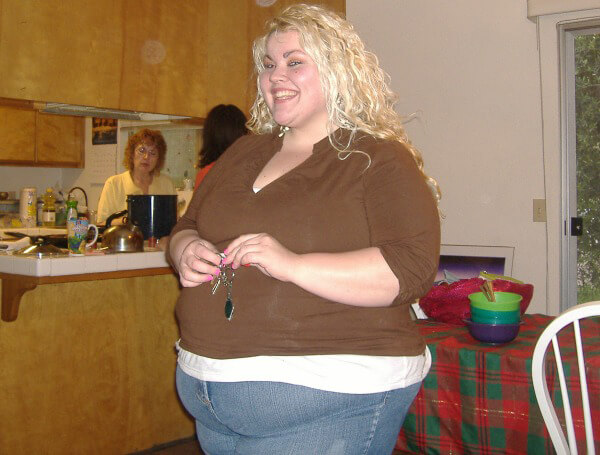 I was in Vegas at the time of my weigh-in, celebrating my sister-in-law’s surprise 30th birthday. Clearly, her birthday was not the only surprise that weekend. What I did not know, going into that weekend—which was filled with drinking, laughter, and buffets—was actually going to be the catalyst for creating a healthy lifestyle. 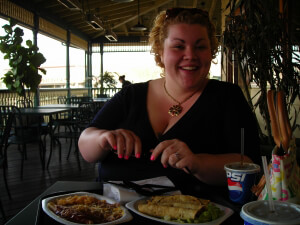 I quickly stepped off the scale, dried my tears, and did what many people would do after receiving news that they are almost 50 pounds heavier than expected—I ate. My brother and sister-in-law were vegan, so I was excited to try some vegan cuisine. I had toyed with the idea of going vegan because I had heard that there are health benefits, but up until that day, the only big decision I was willing to make was “do I want a large or an extra-large fountain drink?” Food meant comfort for me, and I needed a large quantity of it to pacify the tears, which were hiding the truth that I had just discovered about my weight. After studying the menu like it was preparation for the SATs, I was concerned that the portions weren’t big enough for my enormous problem. When it came time for my sister-in-law to order her food, she got a pizza. Wait, what? “How can you eat pizza and be vegan?” I asked. She informed me that you simply get it without dairy cheese. Wow, I had a lot to learn. Not only was the pizza delicious, it also left me feeling light and expansive. I felt that this was it—the rescue team responding to my cry for help.

I went back home to San Diego and started researching. Learning that the consumption of casein, the main protein in milk, is one of the most significant cancer contributors opened my eyes to the truth about why so many people go vegan. Learning that a huge percentage of all meat products are pumped full of growth hormones and antibiotics affected me so deeply. How can reputable companies serve these things to the public when they’re known to damage our bodies, causing diseases that kill so many each year? I was startled. No, I was horrified. The more I researched the subject, the more I realized that going vegan was the best choice for me. It was more about becoming a conscious eater than obsessing about losing weight. I took responsibility for what I had allowed my body to ingest and how I had been harming it. The more I read, the more I realized that I must choose the foods that will actually nourish my body. It felt that I was taking back my life and adding years to it by eliminating the chemical-infested products and the artificial foods that I used to eat. I was giving my body a much-needed break, and it was now rewarding me with more energy and better medical test results. 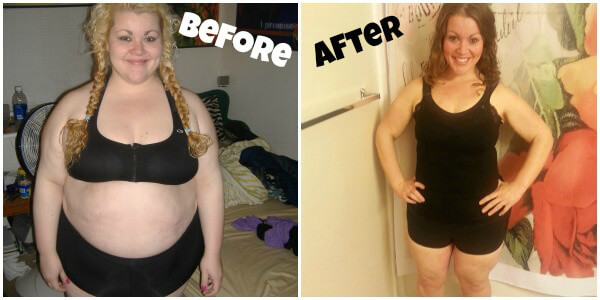 I started going to vegan stores, reading vegan blogs, subscribing to health magazines, and volunteering at health festivals. Even though I was always the largest person at Whole Foods and the health festivals by about 100 pounds, I felt like part of a community. I felt lighter even before I ever shed a pound. I started my first vegan food blog called Eve’s Tasty Apples to share my excitement about and passion for my new-found lifestyle. I didn’t have to diet. I didn’t have to worry about splurging or feeling insanely full and disappointed in myself for eating a certain way. Veganism allowed me to feel full in both body and spirit.

I continued to push myself until I was able to walk my first 5K. I felt unstoppable. I felt I could do anything if I believed in it. I pushed past the pain and fear of injury and started running. When I first started running, I was able to run only 10-second intervals, but I kept at it. In June of 2012, I ran my first 5K and knew that I had found a new passion. I was strong enough to run for the first time since I had been a child. I felt like a kid riding a bike for the first time—appreciating the wind on my face, the heavy breathing, and the endorphins. I felt so proud of myself.

My passion for physical activity was equal to my passion for cooking. I loved the opportunity that vegan cooking offered in the way of ingredients and creativity. I started turning my favorite omnivore recipes into vegan masterpieces. I became so passionate about vegan food that I started hosting cooking classes in homes and at a vegan restaurant called Casa de Luz. With the “Meatless Monday” movement catching on, I wanted to demonstrate what was possible by incorporating meatless meals into people’s diets. 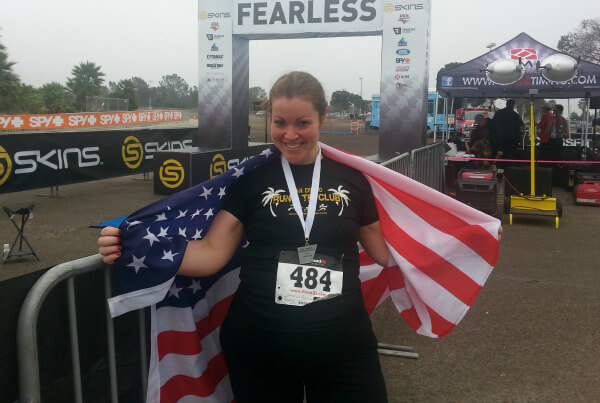 Just this past October, I completed my first triathlon. From self-defeat to triathlete! While crossing the finish line, I was reminded just how far my course had taken me—much farther than just the distance of the triathlon—since I had realized in Las Vegas that I had lost control of myself and wanted it back. The moment that I declared “enough is enough” and made the decision to use my own personal power to combat my self-sabotage was transformative. I have created a quality of life that I thought only thin people and famous men and women enjoy. 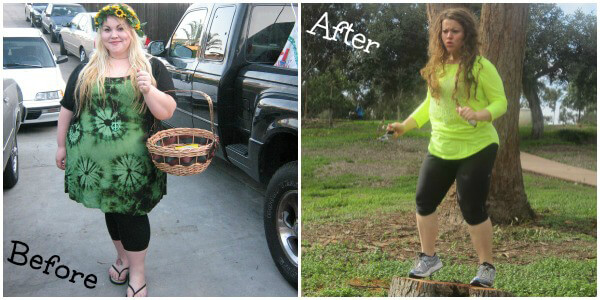 For me, veganism works. I went from a dangerous prognosis to being told that I am one of my doctor’s healthiest patients. It brought me back into alignment and gave me a strong body and an open-minded perspective on food. A vegan lifestyle offered me the physical strength that I needed for a triathlon and is now helping me train for a half-marathon. I’m the product of what’s possible when you stop focusing on the reasons why you can’t do something and go full-heartedly for the result that you want to create. I’m an example of what’s possible with a vegan lifestyle. 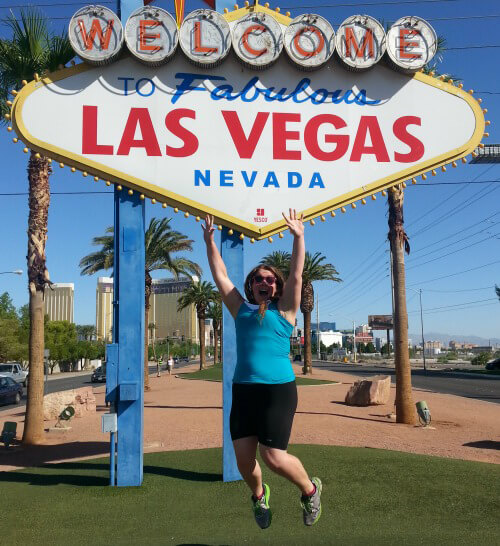