Victoria and My Vegan Guides 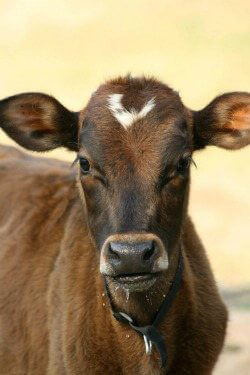 After 20-plus years as a vegetarian, the choice defines me. Eating with awareness is so instinctive that I often forget there was a time when I did not eat consciously. I am almost humiliated to recall the past—a time when I simply didn’t “get it.” Thankfully, I crossed paths with guides who showed me the way—enlightened ones who taught the truth through their actions, their words, or simply their beings.

The first was a coworker. I was attending a company-sponsored lunch, and as I was filling my plate with the typical meat choices, I noticed a young woman with a plate filled simply with vegetables. She seemed to be garnering a lot of unwarranted attention. When I glanced quizzically at the person next to me, the person replied, “She’s a vegetarian.” To which I thoughtlessly remarked, “That’s strange. Animals are here to be eaten.” I had never met a vegetarian and wasn’t even sure what one was, but I knew that this woman was obviously uninformed.

A few years passed, and I took an interest in environmental issues. During a trip to the library to research alternative housing and energy conservation, I stumbled upon a book titled Diet for a Small Planet by Frances Moore Lappe. I picked up the book and thought “Really? Food choices affect the environment?” With a little basic math, Frances easily proved that growing food to feed animals so that we could then eat the animals was illogical. Armed with this new knowledge and the memory of that vegetarian coworker, giving up meat was an easy decision for me.

For a couple of years, I was quite content with my meat-free, although dairy-filled, diet. I felt great and, honestly, a bit smug. After all, I was making sacrifices for the environment. Then another lesson came my way. A vegetarian friend shared an article by John Robbins about the link between veal and the dairy industry. It never dawned on me that the milk I was consuming really belonged to a baby cow. I was devastated to learn that during all my self-righteous vegetarian years, I was actually supporting the veal industry. So, no more milk, cream cheese, or yogurt for me. But as hard as I tried, I could not give up ice cream. (For reference, this was years before Soy Delicious and Purely Decadent came on the market!)

Then I met Victoria, my bovine mentor. She had been thrown on the side of a farm’s road and was expected to die before the rendering truck came. Fortunately, a kind soul swept her up and took her to an animal sanctuary. She required care, 24/7, and I agreed to help. She needed encouragement to eat, and she needed oxygen. She quickly captured my heart with her beautiful eyes and gentle spirit. She was struggling, but she had a strong desire to live. To the dairy industry, she was simply a commodity not worth the time to save. To me, she quickly became a friend.

Within a few weeks, she was standing and soon joined the other fortunate cows at the sanctuary. She behaved just like a really large dog. She knew her name and loved to be scratched under her chin. She recognized my car when I visited the sanctuary and would trot over to me for hugs and attention.

I easily gave up ice cream after that first night with Victoria. I vowed never to support the dairy industry. To this day, I don’t understand why it took so long for me to understand the pain and destruction caused by my diet. Thankfully, I encountered teachers along the way to lead me to the obvious conclusion—that being vegan is the only moral, environmental, and compassionate choice.

Occasionally, I get discouraged when family, friends, and coworkers just don’t “get it.” Then I consider my own journey and hope my words or actions may influence others to do the right thing—if not immediately, then hopefully down the road.