Cooking is all about experimenting, right? Adding this, taking out that, replacing this or that with another ingredient… Just about any recipe can easily be “veganized,” and when I saw Paula Deen’s recipe for Baked French Toast Casserole, I knew that I had to make it.

Lately, we sure have had fun veganizing with Paula Deen. What recipes have you successfully made cruelty-free? Share the links below and tell us about them! 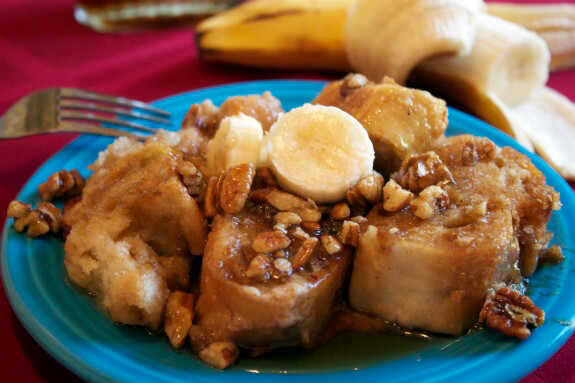 *I used 1 banana, 1/2 cup applesauce, and Ener-G Egg Replacer for 4 eggs, and it turned out fine.

*I substituted Raw Agave Nectar because that was what I had on hand.