Your Guide to Delicious Vegan Eating in Arizona

It looks like Arizona might be the next mecca for vegan eating. More and more people are turning away from meat and dairy “products” after learning about the awful treatment of animals on factory farms. Compassionate people like you know that pigs, chickens, cows, and other animals used for food are curious, intelligent, and sensitive animals who don’t deserve to die for our meals. Now more than ever, people are looking for fresh plant-based food in the Southwest—and in every area of the U.S., for that matter—and the demand is being met! We discovered the vegan smorgasbord that Phoenix and Tucson have to offer. Check it out, and try not to drool on your keyboard:

We don’t know how to categorize Picazzo’s, a pizza haven with five locations in Flagstaff, Paradise Valley, Scottsdale, Sedona, and Tempe. Who cares about categories when you’re serving up interesting sauces like Vegan Cauliflower & Garlic Alfredo, Organic Barbeque, and Organic Red Sauce? We want to try them all. 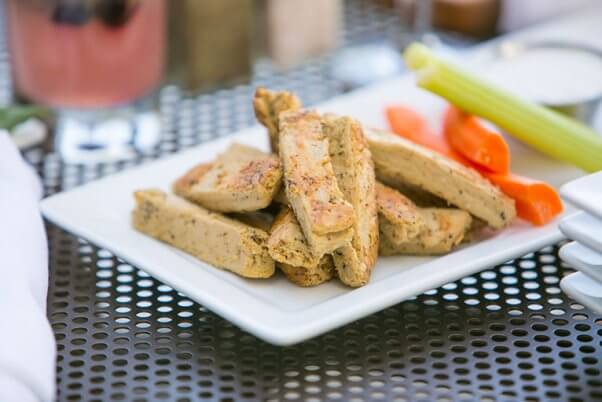 Mi Vegana Madre is a pop-up food truck, often parked at the Treehouse Bakery and at city farmer’s markets. The owners are a vegan mother-and-son duo who specialize in creating authentic Mexican food.

Tomorrow we will be at Treehouse Bakery once again from 10am-2pm or until we sell out!

Desert Roots Kitchen is located in Tempe, in the greater Phoenix area. The menu changes daily, and the word on the street is that the food is always mind-blowing.

With two Phoenix locations going strong, Green serves up delectable dishes like the Big WAC (a vegan Big Mac), Buffalo wings, samosas, a Chicago cheesesteak sandwich, and so much more.

Nami is owned by the Green team (see above). It’s a vegan bakery and brunch spot next door to Green’s N. Seventh Street location. Sounds like a block we want to hang out on!

The Mesa-based Cutting Board Bakery & Café serves vegan, organic, and gluten-free fare. Menu items that caught our eye (and made us drool) include tacos, burgers, sandwiches, bowls, and so much more.

Biscuits and gravy, breakfast burritos, omelets, and pancakes—and that’s just the beginning of the breakfast menu at Pomegranate Cafe!

Loving Hut Vegan Cuisine is a plant-based chain restaurant that’s quickly multiplying the world over. It has a loyal following and with good reason—the menu is full of gorgeous Asian dishes, sandwiches, burgers, and desserts.

Pieology offers Daiya cheese at select locations, and its red sauce, olive oil, and barbecue sauce, along with its gluten-free crust, are all vegan—so are the delicious veggie toppings.

You should really check out the menu at Vegan House to see the plentiful options with your own two eyes. It’s simply too good to be true.

• Vegan House | I would consider going Vegan if I had skills to make these delicious dishes! || #VeganHouse #Yum #NomNomNom #Phoenix #Vegan

Pizza Heaven Bistro may not be entirely vegan, but it does have a vegan menu that includes Spaghetti & Veggieballs, Baked Ziti & Soy Sausage, and delicious pizza options.

Scottsdale’s Fresh Mint, which offers a Vietnamese take on vegan dishes, is always right up our alley. Everything on this menu is vegan except some desserts.

If you know what’s good for you, Ethiopian food is part of your repertoire. Café Lalibela‘s menu offers many vegan options, including spicy red lentils, collard greens, mixed cabbage, potatoes and carrots, green beans, and more.

Pho, Thai noodle salad, and the Famous Green Gazpacho are just some of the menu options at Kale & Clover Mindful Kitchen, a vegan-friendly spot in Scottsdale.

True Food Kitchen, with locations in Phoenix and Scottsdale, features vegan menu items such as the Teriyaki Quinoa Bowl, the Wild Mushroom Pizza, a tempeh lettuce-and-tomato sandwich (T.L.T.), and so much more.

We love a good vegan hot dog—don’t you? Simon’s Hot Dogs in Scottsdale has you covered.

The chefs at The Tasteful Kitchen prefer natural ingredients and avoid processed foods whenever possible.

Specializing in tamales, Tucson Tamale offers a vegan menu that includes Black Bean & Corn, Blue Corn and Veggie, Spinach and Mushroom, and Vegetable Curry. We’ll take one of each, please.

Urban Fresh is a super-green restaurant that offers many vegan, gluten-free, and raw options, including juices and smoothies, salads, wraps, soups, and sandwiches.

Guilin Chinese Restaurant offers an extensive plant-based menu with mouthwatering options like dumplings, “drumsticks,” eggplant and other veggie stir fries, soups, and so much more.

It’s safe to say that most items on the Lovin’ Spoonfuls menu are vegan.

The Wildcat Burger: house made soy burger, bleu cheese, crispy soy bacon, grilled onions, sriracha and lettuce on a wheat bun. This was damn good! I find house made burgers are often mushy and lacking in flavor but the really nailed this one, bravo! PS I may have picked this one because name could be an obscure reference to Speed. #vegan #food #whatveganseat #veganfoodshare #veganfood

There are many vegan options on Blue Willow‘s vast menu, including salads, sandwiches, pasta, and breakfast items.