‘Tis the season for holiday parties, but you might want to serve something a little more festive than chips and dip. Crostini—small slices of grilled bread topped with “cheese,” veggies, or your favorite spread—are the perfect finger food to serve at a holiday party. And best of all, you can change the topping to fit the occasion. 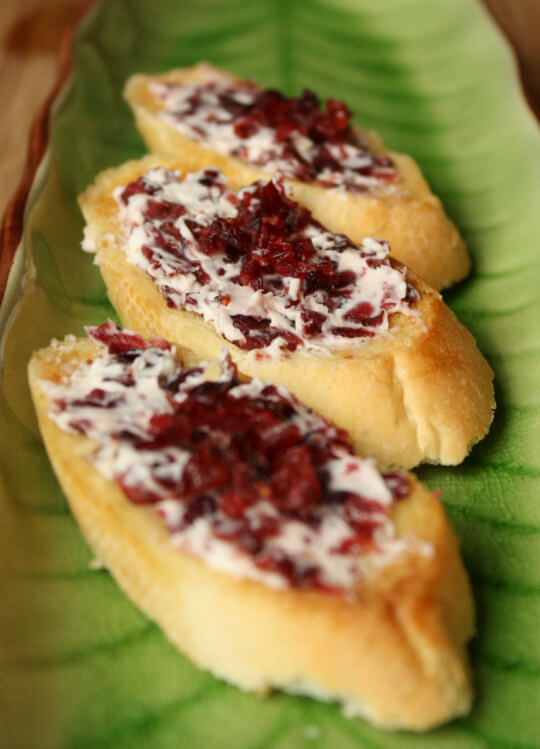 For a holiday party—whether it’s Thanksgiving, Christmas, or New Year’s Eve—a vegan cream cheese spread that is loaded with popular holiday ingredients works perfectly. The recipe below is simple and contains only chopped cranberries in the vegan cream cheese spread, but you could also try a spread that is laced with cinnamon and chopped walnuts or mixed with pumpkin pie filling.

The options are endless. Enjoy!