Cook Your Heart Out With the Top Vegan Cookbooks of 2022

If you’re in need of fresh cooking inspiration, you’re in luck—2022 has already brought tons of great vegan cookbooks, and more are surely on their way. Vegan cuisine has had such a boom in the last few years especially, which is reflected in the variety of high-quality vegan cookbooks on the market. We love to see it! Here’s a roundup of the best new vegan cookbooks.

By Imana Grashuis and Tylor Starr

If you’re a fan of the Harry Potter franchise, you won’t want to miss out on this cookbook featuring 75 delicious vegan recipes fit for the magical world, like Molly Weasley’s Breakfast Spread and Giant Pumpkin Patch Brownies. The book even features a foreword written by Harry Potter actor Evanna Lynch (aka “Luna Lovegood”).

If you’re a fan of healthy eats or just looking to consume less oil, this cookbook is for you. You won’t believe these foods are oil-free, with delicious recipes like Best Ever Cauli Wings and Chocolate Chip Banana Bread Breakfast Cookies. (That’s right—eating cookies for breakfast can be healthy.)

BOSH! on a Budget

By Henry Firth and Ian Theasby

We’re big fans of the BOSH! cookbooks, and this one doesn’t disappoint. It features hearty, filling recipes and money-saving tips and tricks.

The Nordic Baker: Plant-Based Bakes and Seasonal Stories From a Kitchen in the Heart of Sweden

This gorgeous cookbook features traditional Nordic recipes with a vegan spin. It’s organized according to the seasons, so you can easily find a dish for every occasion—from Midsummer celebrations to the winter holidays.

Have you ever thought about how food affects your mental health? Lauren Lovatt tackles that very topic in Mind Food, a cookbook that features brain-boosting recipes and general tips for achieving your best life.

Vegan Family Cookbook: Delicious, Easy Recipes From Around the World

Omari McQueen published his first cookbook last year at the age of 13, and he’s already back with more delicious vegan recipes. These bright, easy recipes are perfect for kids wanting to learn more in the kitchen or just those looking for family-friendly fare. Recipes include Fried Mac ‘n’ Cheese Spicy Nuggets, Gooey Marshmallow Cookies, and Mini Vegan Sausage Rolls.

By Craig and Shaun McAnuff

This cookbook celebrates Caribbean food, specifically the Ital diet of Jamaican Rastafarians, which emphasizes peace and unity with the natural world through vegan food. Recipes feature plenty of fresh fruit and vegetables along with Caribbean-inspired flavors like coconut and guava.

All Day Vegan: Over 100 Easy Plant-Based Recipes to Enjoy Any Time of Day

YouTube creator Mina Rome shares her secrets to eating vegan in this new cookbook, which features easy recipes for every meal. It’s a great book for beginners in the kitchen, but seasoned home cooks can find some simple and delicious meal inspiration as well.

We’re drooling over this cookbook by Brianna Claxton, which is a step-by-step guide to creating delicious homemade vegan pasta dishes from scratch. In addition to showing you how to make fresh pasta, it features recipes for vegan versions of classic Italian dishes, like Lasagna Bolognese, Linguine with White Clam Sauce, and Lobster Ravioli with Saffron Mascarpone Cream. 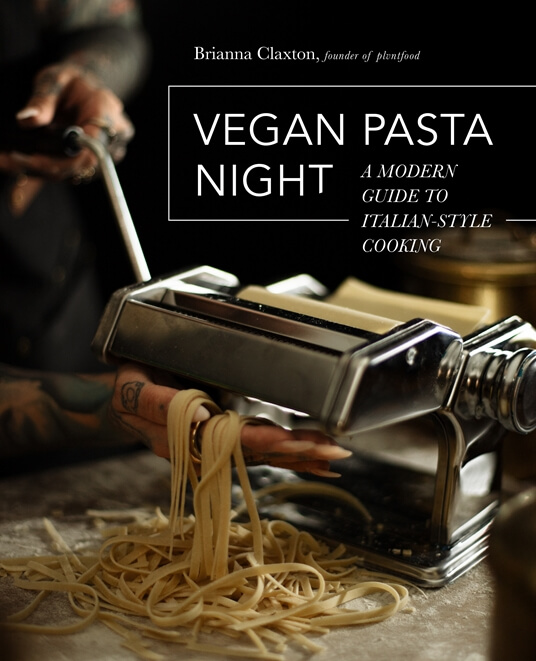 If you’re looking to shed some pounds but still wanting to indulge your sweet tooth, don’t worry—this cookbook has lower-calorie recipes for all your favorite treats. It also includes some savory baked goods, like cheesy vegan garlic bread and crusty bagels.

These vegan and gluten-free recipes are sure to make your whole family happy. This cookbook even includes shopping lists and quick cooking tips to make your busy life a little easier—all from PBS celebrity chef Laura Theodore. 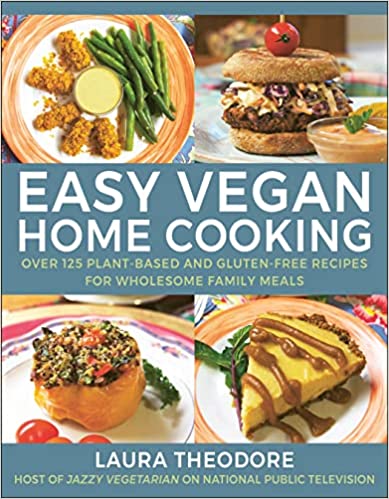 Vegan chef Isa Chandra Moskowitz is back with yet another stunning vegan cookbook, and this one is all about making, preparing, and cooking vegan meats. Recipes include Smoked Beet Cuban Sandwiches and Buttermylk Fried Chick’n. Mmm!

This is the only book you’ll need to learn how to make sumptuous vegan cakes. It offers step-by-step tutorials for frosting and decorating along with gluten-free recipes and ideas for customizing your cakes.

Charity Morgan, who was featured in the documentary The Game Changers, is a vegan private chef to elite athletes and rock stars. She shares her secrets in this new cookbook with flavorful vegan recipes like Jerk-Spiced Lentils with Coconut Rice & Mango Salsa and Salted Caramel Apple Crisp.

Looking for even more options? Check out this list of some of our all-time favorite cookbooks!