We’ve known for years that vegetarians make better lovers. Physicians agree that eating meat clogs the arteries that go to all the organs, not just the heart, which means that eating meat is linked to impotence.  Because pure vegetarians are about one-ninth as likely as meat-eaters to be overweight and report that they need less sleep and have more energy than meat-eaters, a vegetarian diet can make you more appealing in the bedroom.

But there’s even more good news: Many healthy vegan foods are loaded with natural aphrodisiacs—nutrients and chemicals that boost your and your partner’s sexual arousal and performance. Research has shown that vegetarians consume greater amounts of the nutrients that help boost sexual health and performance—such as vitamins A, C, and E and potassium—than meat-eaters do.

Try serving your lover these scrumptious vegan aphrodisiacs to help put both of you in the mood:

Asparagus is high in vitamin E, which increases blood and oxygen flow to the genitals, and potassium, which is important for healthy sex hormone production, making this veggie a well-known aphrodisiac. To get the best effect, eat this delicious and healthy vegetable at least three days in a row.

A fruit with a sexy shape, the banana is said to contain chemicals that can lift your mood and make you more confident. Bananas are also famously high in potassium, a nutrient that aids in sex-hormone production and boosts energy. 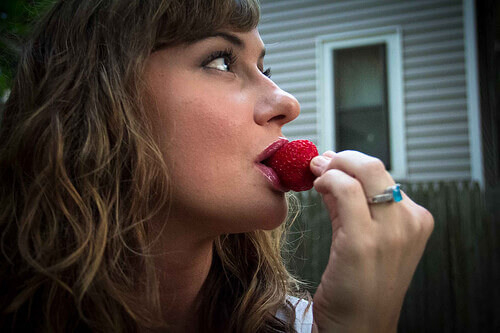 The perfect foods to feed your lover, strawberries, raspberries, and blueberries are high in vitamin C, which is important for the production of sex hormones and neurotransmitters.

Carrots are bursting with vitamin A, a nutrient needed for producing sex hormones. For guys, vitamin A is vital for sperm production.

These sizzling veggies will spice up your meal and your evening! Adding chili peppers to your dishes gets your heart pumping and produces neurochemicals known as endorphins, which make you happier. 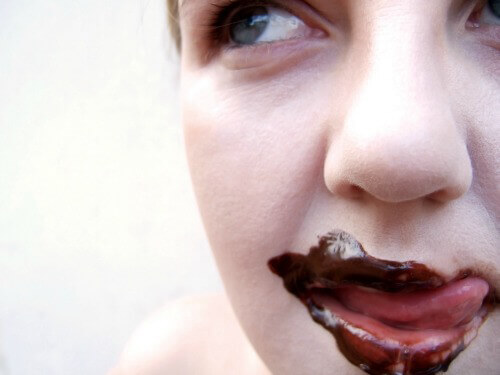 Nothing shows your love—or your compassion—better than a box of vegan chocolates for your sweetheart. Chocolate contains the chemical phenylethylamine, which is believed to stimulate romantic feelings by making you happy and excited. Its natural caffeine provides an added boost by giving you more energy.

Seasoning your meals with ginger will enhance blood flow to all parts of your body as long as your arteries aren’t clogged from eating the cholesterol and saturated fat in meat, eggs, and dairy products.

Men should eat cashews, pecans, almonds, walnuts, and other nuts to take in a healthy amount of zinc, which keeps men potent and prevents prostate problems. Nuts are also high in protein, which gives you the energy to keep you going throughout the day—and night.

Neurological research has shown that the scent of pumpkin pie is a sexual stimulant for both men and women, increasing male penile blood flow by 40 percent. Pumpkin seeds are one of the best vegan sources of zinc, which for men is crucial for potency and in preventing prostate problems.

Soy isn’t just protein-packed and wonderfully versatile—it’s also great for the sex lives of both guys and gals. For women, soy’s natural nutrients have been linked to less PMS and better lubrication (meow!). The benefits for guys are even better—soy has been found to lower men’s chances of developing cancer of the prostate (a vital gland for keeping everything pumping in the bedroom). Researchers at Kansas State University found that soy protein was just as good as beef for guys trying to gain muscle mass. But quite unlike cow flesh, tofu and veggie burgers have zero cholesterol and almost no saturated fat—substances that lead to heart disease, impotence, and other not-so-sexy stuff, such as bad breath and body odor.

Celery boosts production of androsterone, the odorless hormone released when guys sweat, which acts as a pheromone to turn their partners on. Nutritionist Lisa Guy says that “[c]elery also contains chemicals that can help dilate blood vessels and enhance climax.”