Free Vegan Food for All: The Toronto Vegetarian Food Bank

Access to food is a global issue, and Toronto resident Matt Noble is working on fixing that problem in his little section of the world. Food Banks Canada reported in November that Canadian food bank use is still 25 percent higher than it was before the 2008 recession. In addition, nearly 10 percent of North Americans identify themselves as vegetarian. Putting the two together, Noble decided to launch the Toronto Vegetarian Food Bank (TVFB).

Unlike the U.S., Canada doesn’t have a food stamps system, but the country does have social programs that give applicants a monthly allowance, which “generally, isn’t enough to cover rent, phone, transit and food; so a lot of people on social assistance are actually those who end up using food banks,” Noble says. 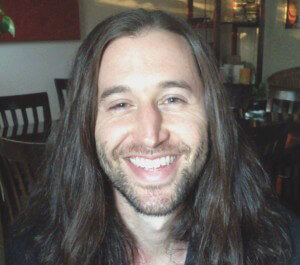 After months of fundraising on Indiegogo, the TVFB opened on January 31, after Noble met and surpassed his goal of $10,000.

Noble believes that offering vegan options to low-income people is vital for both their physical and mental well-being. “[I]ndividuals are veg for deeply ethical reasons—to opt out of animal cruelty, environmental damage, etc.—and to have to compromise their ethics when they’re already down on their luck is a sad thing,” he says.

In this exclusive interview with PETA, Noble answers questions about the food bank:

What are the most popular vegan items at food banks?

Favourites for vegetarian or vegan people using regular food banks would be the simple healthy things, like legumes, rice, fresh whole foods, tofu, etc. (not that they often have access to these things). A lot of veg people tend to be pretty health-conscious and get excited about rare treats like hemp or flax seeds.

Do you think Toronto residents are more open to vegetarianism or veganism than other cities in Ontario?

I think Toronto is a bit more progressive on the whole, around veganism, than the rest of Canada and most of the U.S. More people seem to know what veganism is and understand it, and we have tons of restaurant options, which is great. And because Toronto is one of the most multicultural cities in the world, most of the cultures that follow vegetarian diets have a strong presence here.

When and why did you go vegan?

I decided to become vegetarian around 10 years ago when I learned about the extreme environmental damage that is caused by animal farming and fishing. As I learned more about vegetarianism, I started understanding the health benefits of not eating meat, eggs, or dairy. And then, about seven years ago, I connected some more dots and began to really understand that our fellow animals are individuals with their own emotional lives and who suffer horribly within our food system. And being that we don’t need to kill and eat them to be healthy, I went vegan to opt out of the unnecessary violence.

Do you think those below the poverty line would be more likely to go vegan if there were more food banks like TVFB?

From my experience, when it means enough to someone to go veg, money isn’t really an obstacle. It isn’t more expensive to eat vegetarian or vegan, it can just be more expensive to eat healthy in general. That being said, if there were more vegetarian food banks, it would give those who want to try going veg the opportunity, and would provide them with a supportive community, which always makes the transition easier.

To learn more about Noble and his food bank, visit www.TVFB.ca.